Don’t Let an Injury Stand in Your Way 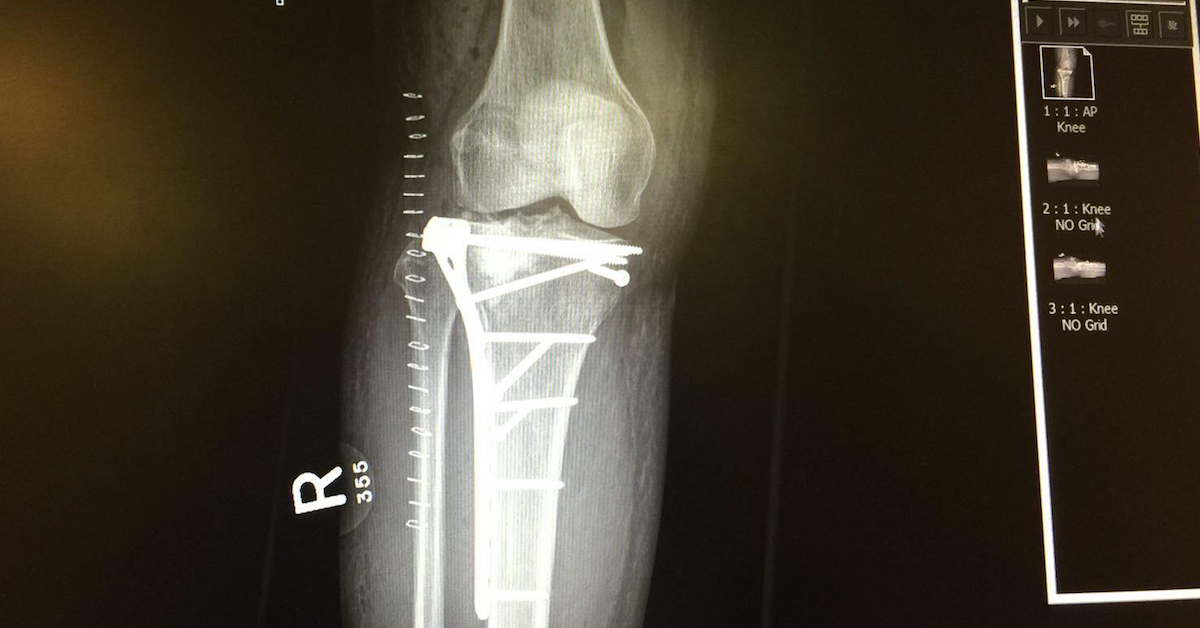 A few years ago I told you about Arzhang and his horrific fall off Mt. Aconcagua in Southern Andes. Through hard work and perseverance, Arzhang climbed his way back into shape and is now setting many personal records. You can read all about it in Climbing to New Heights: An Inspirational Story.

Here’s another inspirational story that is quite similar. A longtime client of mine, Jessica, was cruising along with some impressive lifts in the gym and some lofty goals in mind when it all came to a “crashing” halt! Jessica experienced a nasty fall on the ski hill last year which shattered her right leg. Extensive surgery was required.

I’m happy to say that Jessica is back on her feet! After months of rehab, Jessica is working on getting her squat and deadlift numbers back up. Form is crucial though. To make sure she’s getting it right, Jessica will send me an occasional video for feedback (below is an example).

In the left video clip, you’ll see that she’s keeping her knees back and hinging from the hips. Instead, I wanted her to think more like a front squat and try to drive the knees forward if possible. That would help keep her more upright. Since the hex bar allows the knees to travel forward, I told Jessica to “sit down” rather than back, which is what you would normally do with a barbell deadlift. The right video clip shows the result of that instruction. Much better form!

I’m confident that Jessica will “shatter” her previous numbers in no time. As far as upper body strength, take a look at what Jessica has done in the past:

That will give you an idea of what she can accomplish in the future. No injury will stand in her way!