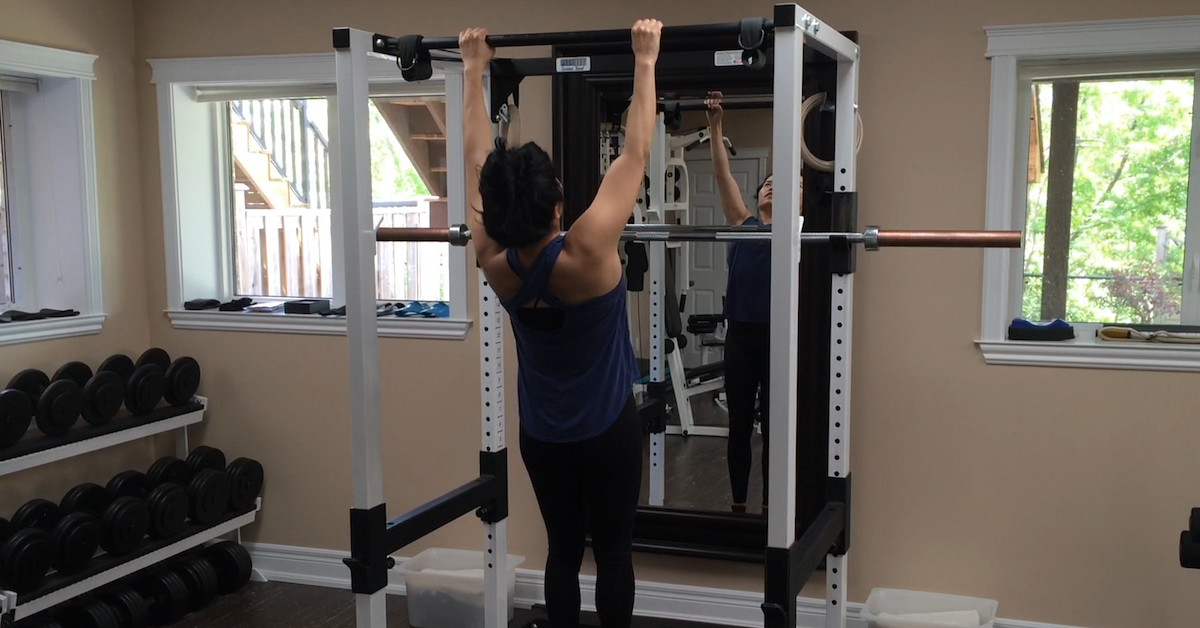 Pull-ups are difficult for most people to do, especially for females. The average number of pull-ups a female can do is zero. A lack of strength and poor body composition are two of the main reasons, but the one that tops the list is perception. Most females perceive that they can’t perform a pull-up and sure enough, they fulfill that prophecy.

The body goes where the mind tells it to. If the mind says “no,” the body just won’t go! Yes, you need a strong body to perform a pull-up, but you also need a strong mind – there’s no doubt about it.

Where There’s a Will…

When Jessica first came to me, she couldn’t do a chin-up let alone a pull-up. Chin-ups are usually easier than pull-ups because elbow flexor strength can be anywhere from 18% to 34% greater with a supinated grip than with a pronated grip. In other words, you should be stronger pulling your body up if your palms are facing you rather than away from you.

Jessica was determined to do a pull-up and through plenty of , she was able to accomplish that goal. One rep eventually four reps, but now, after reading 4 Muscular Endurance Goals for the New Year, 38-year-old Jessica has a new goal in mind.

Females have around 75% of the strength of males in the lower body and around 50% in the upper body. Doing twenty consecutive, non-stop, “dead-hang to chin-clearing” pull-ups is difficult enough for the average male, so a realistic target for females to shoot for is half that number.

Jessica’s goal is to do ten pull-ups by the end of the year. She gained three reps from her last program. Here’s where she’s at right now:

We’re going to focus on body composition training for the summer, then return to specialized training in the fall. If all goes well, Jessica should accomplish her goal by the end of the year. I’ll keep you posted.