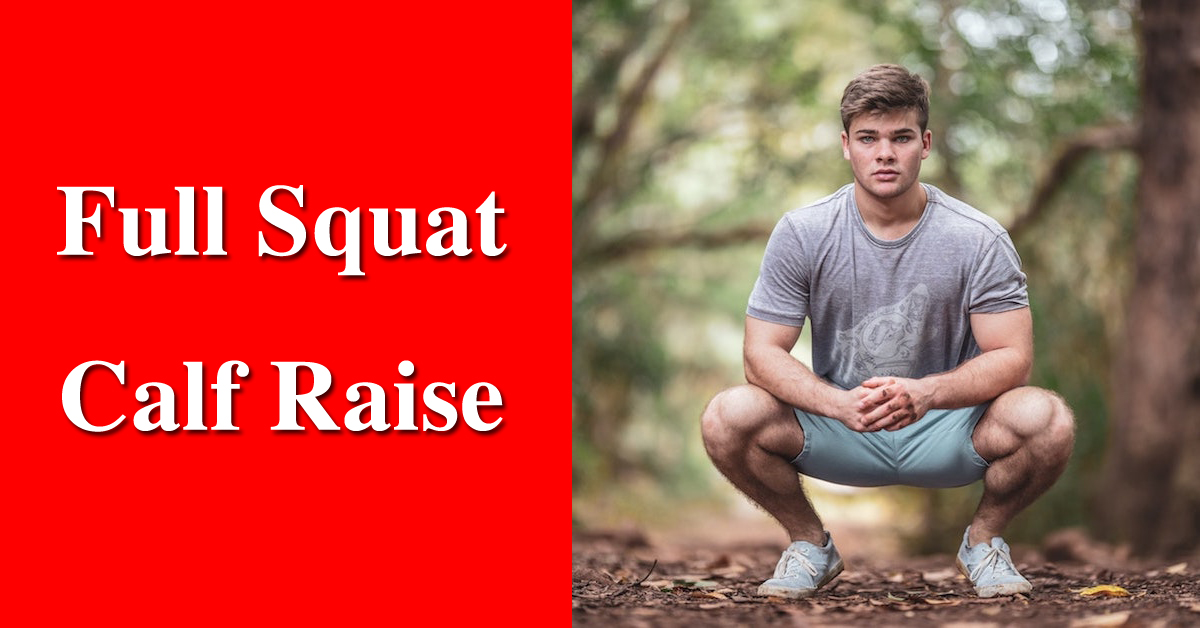 With the recent gym closures, many people have been forced to train at home. You can target most of the major muscles with limited equipment except for the soleus, one of the main muscles of the calf.

The calf is comprised primarily of two muscles, the gastrocnemius and the soleus. The gastrocnemius is heavily involved with the knee extended. You can easily train this muscle at home by doing one-leg calf raises on an aerobic step or at the edge of your stairs (add some hops at the end for some real fun), or you can do donkey calf raises with a family member on your back.

The soleus, however, is the workhorse when the knee is bent and the best way to train it is with a seated calf raise machine, which most people don’t have access to at home.

Well, there’s another way to hit this elusive muscle without a machine – it’s called the squat calf raise. By squatting down and doing calf raises, the knees are bent so the soleus does most of the work.

You’ll see this exercise mentioned here and there in some publications. It’s in Robert Kennedy’s massive Encyclopedia of Bodybuilding and in Bret Contreras’ Bodyweight Strength Training Anatomy, but there’s one problem with how it’s commonly instructed. You’re often told to squat down halfway and hold onto something for support (like a chair) and then go about it. This tends to burn out the quads before the calves, and it’s often difficult to stay in that position – you’ll tend to squat up and down a bit to gain some momentum. The goal is to keep the hip and knee joints in a static position so that all the movement comes from the ankle joint only.

Since the soleus is made up of mainly slow-twitch muscle fibers that are suited more for endurance, favour higher reps. The time under tension should be at least 60 seconds but no more than 120 seconds, so if you take 1 second to go up, pause for 1 second at the top, and then take 1 second to go down, that’s 3 seconds per rep – you’ll need to do at least 20 reps and as many as 40 reps on the high end. Once that becomes easy, you can add some weight. A weighted vest works great – if you don’t have one, throw some weight into a backpack and wear that. And when the gyms reopen, try doing them with a loaded safety squat bar – you can hold onto the squat rack for support.

The full squat calf raise is a great alternative to the seated calf raise. When you consider that the soleus is a “pop ‘em out muscle” that makes up the majority of the calf, this novel exercise should boost some growth in that area. Give it a shot!