Why I’m NOT Gaining Weight This Winter 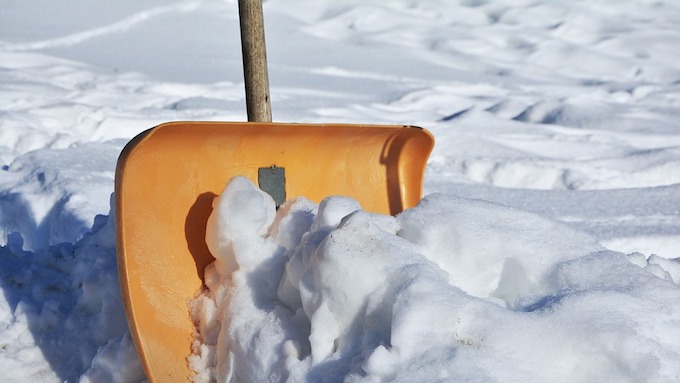 Typically, between winter and summer I go through what I call a “two- to six-pack” rotation. My goal in the winter is to gain weight and I’ll let my body fat increase slightly to a two-pack status. In the spring, I tighten up a bit with my food intake and the midsection responds to a four-pack level.

Come summer, I switch to body composition training with whole-body routines and 1-2 sessions per week of interval work (usually one day of med ball training and sprinting on another). At this point I’m sporting a six-pack. During autumn, I drop the intervals and switch back to body part splits. Muscle size and strength begin to increase and the four-pack returns.

As winter enters the picture, more heavy strength training is performed and my food intake increases. For instance, I’ll have some additional saturated fat with every meal usually in the form of organic butter, heavy whipping cream, or coconut oil/butter, and of course, my carb intake rises especially around the holidays.

My average body weight is 200 pounds – in the winter I’ll get as high as 205 and in the summer as low as 195, but most of the time I hover around 200. I don’t feel comfortable above or below that 10-pound range as I’ve discussed in the past (see my article The Power Rack And The Power Pill).

What’s the difference this year?

Forget the bone-chilling cold that’s been causing these things called “frost quakes” in the middle of the night, which sounds like a bomb went off around your house. It’s not great for sleep, I can tell you that much.

And forget the ice storm that had me spending the last half of my holidays chipping away daily at the ice rink that surrounded my house. That resulted in some wicked blisters on the palms of my hands.

The reason that I’ve not been able to gain weight is due to all this snow. I’m constantly shoveling these days. For instance, this past weekend I was out 3 times shoveling and yesterday I was out 3 times again. If you do the math, that’s the equivalent of 6 training units in less than a week (not including any strength work), and this upcoming weekend we’re supposed to get some more snow. It’s been like that for a while.

And we’re not talking a centimeter or two, we’re talking substantial dumps! It’s the equivalent of high-intensity interval training. It’s funny because most of my neighbors are out there using snow blowers. One even came over the other day and asked how my back was from all the shoveling. I told him that the back is not a problem at all (in fact, I was repping out with 405-pound deadlifts the day before), it’s the arms that take a beating!

It’s hard to recover from workouts when you’re doing hundreds of additional repetitions between them. The way I’ve dealt with this issue is by reducing the volume but not the intensity of training. By doing less sets than normal and keeping the loads high, I’ve actually made some nice gains during this period.

I know what you’re wondering, why don’t you hire someone to clear the snow for you? Well, we have and they’ve done a terrible job. You see when you’re operating a business out of home, the job needs to be done right and it needs to be done on time. The last guys we hired did neither, so I took over. And to be honest, I kind of enjoy it but not when the snow banks are taller than me! That’s a bit excessive.

The point I’m trying to make is this, if your goal is to gain quality weight, you need to eliminate all “extracurricular” activity from your regimen. That means no cardio, no intervals, no sport, and no shoveling piles of snow multiple times a week. You need to eat, train, and recover. Nothing more. Hopefully, the weather will cooperate and tip the scale in your favor!