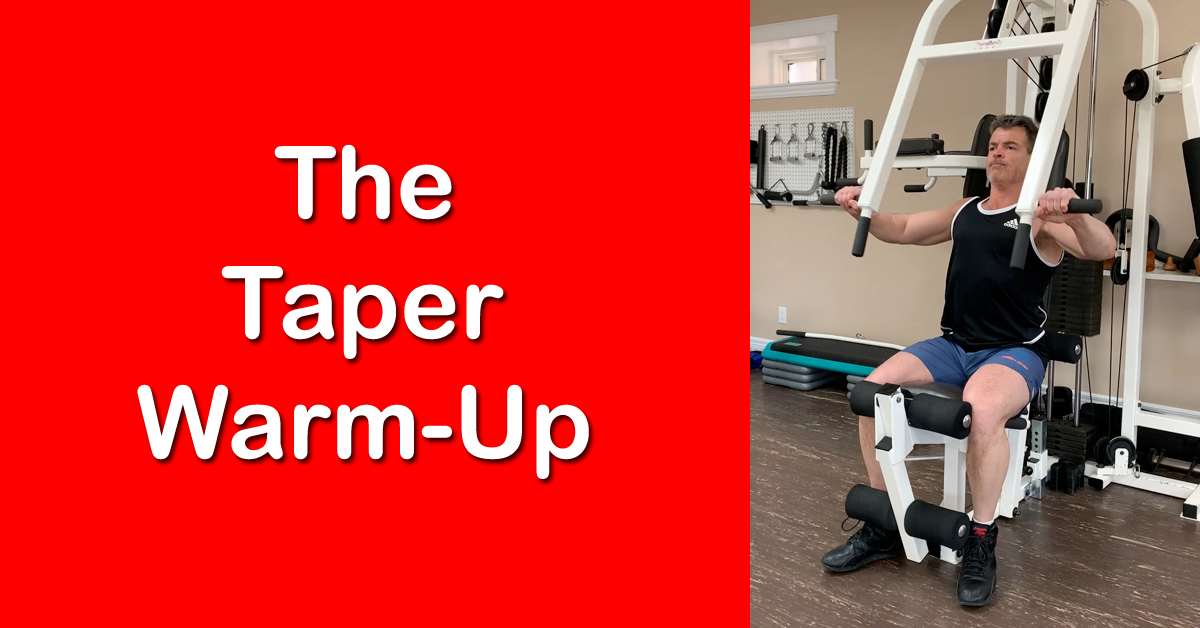 Today was the last day of a triple split routine that I’ve been on for the past month. It was a taper workout that targeted the chest, back, and shoulders. I’ll show you what I did, but I want you to pay particular attention to the warm-up.

The workout was divided into three pairs of antagonist (opposite) movement patterns. Typically, each pair would be performed in a separate session, but with fewer sets to do, one session was enough.

Although the number of work sets were cut in half, the intensity (load) peaked and remained high, and thus a greater number of warm-up sets were required, especially near the beginning of the workout (check out A Better Way To Deload for more details on this new way to taper).

There were four warm-up sets for the first exercise pair, two for the second pair, and one for the last pair. Here’s what it looked like:

You’ll notice that there were no more than five reps per warm-up set. Doing more reps would be counterproductive. You can learn all about that in my book The Warm-Up: Modern Methods for Strength Training.

Triple split training was great! It allowed me to train more frequently with short, intense sessions, and I gained a few pounds in the process. Now, it’s time to get lean and mean for the summer! I’ll make sure to taper properly at the end of those routines as well.