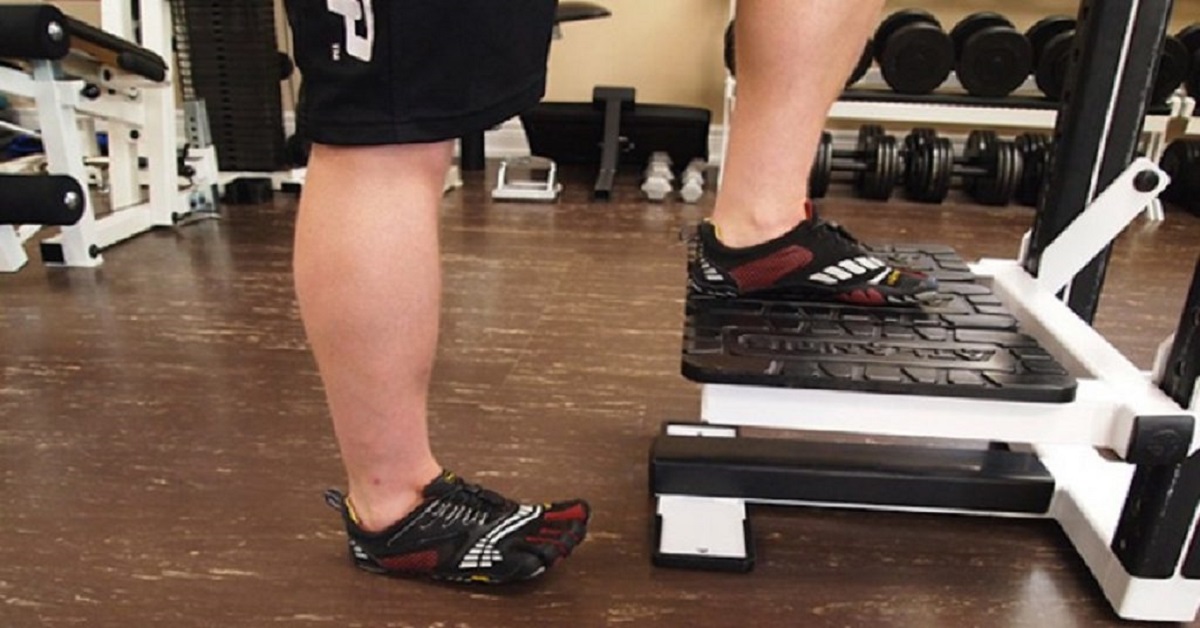 You won’t find a better exercise for building the lower body than the squat. However, that doesn’t mean squats should be the only tool in your toolbox!

Recently, single-leg training has been championed as a suitable alternative to bilateral squatting, with split squat and lunge variations being the go-to choices for folks seeking a break from the heavy barbell.

However, few trainers are prescribing the step-up, another functional, unilateral, multi-joint movement that has a high carryover to many activities of daily living and sport. And that’s a mistake, cause the step-up is actually a lot more than just a “poor man’s squat.”

One thing coaches in the Soviet Union and Bulgaria noticed was that those athletes, both lifters and those in other sports, who dropped the squat and used the high step-up developed more complete muscularity than those who simply squatted. Many of the coaches say that the legs of those who work hard on the high step-up look more like those of someone who did sprinting and jumping as well as squatting. Apparently, the balance required in the high step-up calls more muscles into play, producing fuller, shapelier development.

Spassov and Todd say that when the Bulgarian weightlifting team dropped all back squatting in favor of the high step-up for safety purposes, performance improved, and many world records were formed in the process. Now whether that’s still the case is questionable, but one thing is for certain – the step-up is a great exercise!

Here are several step-up variations that should be in every bodybuilder’s repertoire.

Start with a low step beside you and bodyweight only. Over time you can hold on to a pair of dumbbells as your strength and stability improve. Keep the hips level throughout the movement. This will be difficult to accomplish if the step is too high.

A common mistake is to push off with the non-working side either by extending the knee and/or the ankle. To correct this “cheat” tendency, keep the knee locked and ankle dorsiflexed (i.e., toes up) and tap the floor with the heel only.

Due to the short range of motion (ROM), a higher rep bracket (15-20) works well. On the last repetition of each set, stop just shy of touching the ground and hold this position for 5-10 seconds. Performing an isometric contraction in this manner will increase intramuscular tension and fatigue any remaining fibers. Keep a fire extinguisher nearby!

A progression over time to increase the ROM involves standing in front of a step and raising the height of the step as strength increases. The greater the ROM, the more muscle you recruit, and the higher the step, the more the hamstrings and glutes are involved. Stay square to the step and push off all four corners of the “step” foot – the “ground” foot should not assist whatsoever. On average, a medium rep bracket (10-12) works best with this movement.

Another variation of the step-up involves the use of a barbell across the shoulders either in front or behind the neck. By raising the center of mass, greater stability is required. Favor a lower rep bracket (6-8) here.

And the back version:

Performing step-ups on a decline bench is a great option for individuals with limited ankle mobility. I discovered this step-up variation in a 2001 article titled “Convergent Phase Training” written by Olympic weightlifting coach and competitor Charles Staley. To make the exercise more challenging over time, increase the ROM by positioning the foot of the working leg higher on the bench. Do 12-15 reps of this one.

If ankle mobility/flexibility isn’t an issue, try the reverse step-up. Instead of facing the step, face away from the step! This option heavily targets the quadriceps muscle of the thigh, particularly the vastus medialis oblique (VMO) fibers. Keep in mind that as the step height increases, the heel of the foot on the step will rise, and it’ll be impossible to keep the heel down and maintain proper form after a certain height (a squat wedge can help). A range of 8-10 reps works well with this variation.

The key with step-ups is to determine the appropriate height first. This is the height where proper form is exhibited. There should be no assistance from the opposite (non-working) leg, the trunk should remain as vertical as possible, and the knee of the working leg should track over the middle toes. Keep raising the step height until form deteriorates, and then go back one level. This is where you should begin.

Aerobic steps and plyometric boxes can be used, but one of the best units on the market for step-ups is the C-206 Leg Platform by Atlantis. It allows you to adjust the height from 10 inches to 34 inches in 2-inch increments to accommodate various strength and skill levels. This is the unit that we use at our training facility and the one we recommend to others.

As mentioned earlier, flexing the opposite foot upwards (i.e., ankle dorsiflexion) will help deter pushing off with the back leg. I picked up this tip many moons ago from strength and conditioning coach Charles Poliquin who picked it up from Dr. Mark Scappaticci, a certified chiropractic sports specialist. However, there are some individuals that have difficulty executing a step-up in this manner no matter how low the step is. In this case, do the exact opposite – flex the foot of the non-working leg downwards (i.e., ankle plantarflexion). At the bottom of the movement, brush the ground with your toes, pause for a second, and then return to the top position.

This technique will also prevent pushing off with the back leg and works well with many beginners. I learned this little gem from Dr. Trevor Cottrell, a professor for the Bachelor of Health Sciences (Kinesiology and Health Promotion) program at Sheridan College.

Another useful tip was offered by the late Dr. Mel Siff in an old 2002 Supertraining post:

Remember that most people tend to cheat in the step-up by pushing off with plantarflexion from the foot that is on the floor. That is why some athletes can use impressively heavy loads in the step-up – it is interesting to see how much the load decreases if you totally eliminate the push-off action… To ensure that the athlete does not use a kicking-off action, let them stand with the heel on a brick and toes in free space. This is why it is essential to begin with a very low box and progressively increase the load at that height before moving on.

Also, step-ups should be conducted one leg at a time. Don’t alternate legs each rep. Start with the weak leg first. Once you complete the set, rest 10 seconds, and then do the other leg.

Step-ups are a common exercise for knee injury rehabilitation. During the initial stages of rehab, a “step-down” may be prescribed where only the eccentric action is performed (assistance is provided on the way up). Eventually, as muscle size and strength return, step-ups can be incorporated using extremely low step heights. Even a phone book or binder with plastic sheets can be used – progress is made one page at a time! Some athletes will use a rolling side step-up variation known as the Petersen step-up that requires some coordination, but for most individuals, a side step-up will suffice.

Step-ups are a common exercise during aerobic classes, but they’re hardly used during weight training. And on the rare occasion that someone is performing this exercise in the gym, it’s usually done on a weight bench that’s far too high. On top of the horrendous form, by the end of the set, it’s hard to tell which leg did the most work – the one on the bench or the one on the ground!

There are many more step-up variations, such as “strict” straight-leg step-ups for advanced trainees with extremely strong hamstrings, or step-ups with opposite hip flexion… you name it. I’ve only touched on a few key versions, but the sky’s the limit. Actually, for most people knee height seems to be the limit, but you get the point. If you’re serious about building muscular legs, then it’s time to step up!