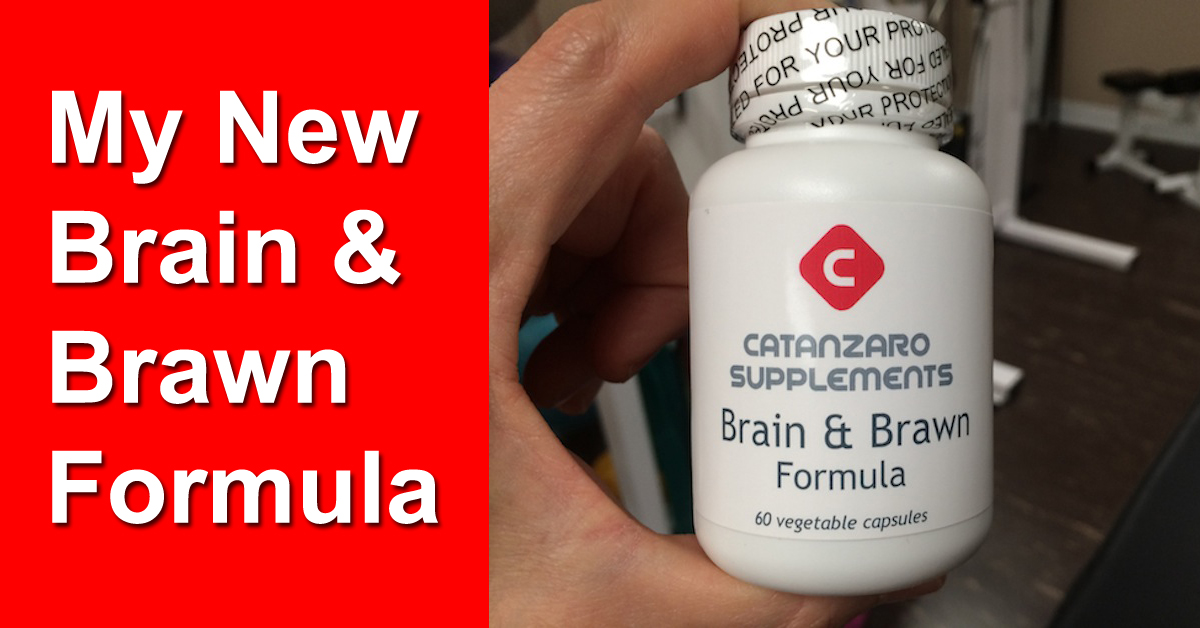 Over the past two years, I’ve been investigating various injury prevention and treatment strategies for aging athletes. What I discovered was quite interesting, mainly that a high degree of the aging process is controlled by the brain. As mental function starts to decline, your body starts to fall apart. Boost the brain and you’ll boost the body!

One of the primary reasons that injury rate increases as you age is due to declining hormone levels, in particular the anabolic hormones testosterone and growth hormone (GH). When you’re young, you often experience more muscle-related injuries. When you’re old, the injuries are typically joint-related. They tend to occur more in connective tissue, so you’re more likely to experience a tendon tear than a muscle pull.

The main component of connective tissue is collagen. It’s the most abundant protein in mammals, making up around 30% of the protein in the human body, and it plays a major role in keeping you injury-free. You may not realize this but when you train, you don’t only break down muscle tissue, you also stress connective tissue like bones, ligaments, tendons and even skin. So although your muscles may be ready to go next time you workout, if your connective tissue hasn’t fully recovered, you’re an injury waiting to happen.

Here’s the issue: It takes connective tissue considerably longer to recover than muscle (some experts claim as much as seven times longer to recover) and it gets worse as you age. Collagen production drops significantly beyond your twenties and that’s the scaffolding that basically holds your connective tissue together. Therefore, less collagen means less support for your tissue and that’s never a good thing when you lift heavy weights on a regular basis.

Guess what else drops significantly beyond your twenties? As I mentioned above, GH levels start to plummet at that point and GH stimulates collagen synthesis in human tendon and skeletal muscle. In fact, research suggests that GH is more important in strengthening connective tissue than for muscle cell hypertrophy (growth). A good injury-prevention strategy then would be to maintain youthful levels of GH as you age.

Now, here’s something interesting that I learned from one of my favorite bodybuilding authors Jerry Brainum: Contrary to popular belief, production of GH does not decrease that much as you get older, but your levels of GH certainly do. The reason is due to an increased presence of somatostatin, a hormone that inhibits the release of GH.

Think of it this way: GH is the youthful child that likes to play and have fun. It can’t wait for recess where it can run around the playground. Somatostatin is the old, mean school teacher that lurks in the hallways waiting for the opportunity to grab the child, handcuff the poor kid to a desk, and lead it to a life of utter misery! As you get older, there are more and more of these teachers monitoring the halls and no matter how much you try to get around them, eventually there’s just too many of them. They’ll catch you! Every day then becomes a rainy day where you spend recess indoors. Sure, you’ll learn and get wiser, but your body just shrivels away!

So it got me thinking, is there a way to set a screen on these teachers to allow the kids to make it to the playground? Or put another way, is it possible to inhibit the inhibition of GH? Lo and behold, there is a natural compound that will do just that.

Huperzine A is a substance derived from a plant called Chinese club moss. It’s a cognitive enhancer that inhibits an enzyme that degrades the learning neurotransmitter, acetylcholine. Huperzine A, therefore, increases levels of acetylcholine. Why is that important? Well, acetylcholine inhibits somatostatin, thereby freeing up GH.

Adding a natural choline compound may enhance the effect. L-Alpha Glycerylphosphorylcholine, known simply as Alpha-GPC, rapidly delivers choline across the blood–brain barrier and is a precursor of acetylcholine, and studies show that it does increase GH levels.

Since Huperzine A and Alpha-GPC are able to increase acetylcholine levels in the brain, not only can they help increase GH levels, but they can also help increase information retention and memory formation as well as boost concentration and mental clarity. That’s why I added them to my Brain & Brawn Formula.

Remember, the signal to produce GH comes from the brain, not the body. The workers only do what the boss tells them to! You can go the “no-brainer” injection route and shut down your internal production (and possibly experience some negative side effects along the way) or you can go the “smarter” natural route and try to boost your internal release as much as possible by focusing upstream rather than downstream. Your choice.

Testosterone is another animal altogether. Most of the natural compounds on the market do a poor job at increasing testosterone levels. They’re simply too weak. You may increase one or two battleships in the water, but nothing major that will win a war on land. There is, however, a natural compound that can increase the number of ports that these ships can dock into. The more ships that dock, the greater the number of soldiers released into battle, the greater your chances of winning the war!

Carnitine has been shown to increase the androgen receptor content in muscle tissue. By increasing the density of androgen receptors, you have better utilization of testosterone. So although carnitine does not necessarily increase testosterone levels in your bloodstream, it increases the level of testosterone receptors on your muscle cells which allow testosterone to latch on to do its anabolic job. As a result of greater cellular uptake of testosterone and increased protein synthesis, muscle and connective tissue are able to regenerate and recover quicker following weight training.

Acteyl-L-Carnitine is a form of carnitine that can cross the blood-brain barrier. It’s been shown to improve mental focus and alertness, energy production, circulation and antioxidant protection to the brain, and provide anti-aging and neuroprotective benefits. Basically, Acteyl-L-Carnitine is both a brain-booster and a brawn-booster!

Mucuna Pruriens is an Ayurvedic herb that can also enhance the function of the brain and body. This compound has the ability to increase dopamine, a powerful neurotransmitter in your brain involved in mood, alertness, sexuality and many other important functions. Dopamine is known to stimulate testosterone synthesis and aid GH secretion. Furthermore, Mucuna Pruriens can help decrease prolactin and cortisol levels, two hormones that lower testosterone.

To help escort all these compounds to the brain to elicit their effect, Vinpocetine has been added to the formula. Vinpocetine, an extract from the seeds of the periwinkle plant, has been shown to provide significant support for brain health and cognitive function. It absorbs rapidly and will enhance blood flow to the brain in no time. Without Vinpocetine, Brain & Brawn Formula would be like a canoe sitting in the middle of a lake. With Vinpocetine, however, that canoe is dropped into a raging river racing rapidly toward your brain!

Brain & Brawn Formula comes in a 30-serving bottle and each serving contains 500mg of Acetyl-L-Carnitine, 500mg of Alpha-GPC (70% Glycerophosphorylcholine), 175mg of Mucuna Pruriens Seed Extract (15%), 5mg of Vinpocetine, and 100mcg of Huperzine-A (Huperzia Serrata). Take 2 capsules first thing in the morning and/or 30 minutes before you train.