My Balls Were Frozen! 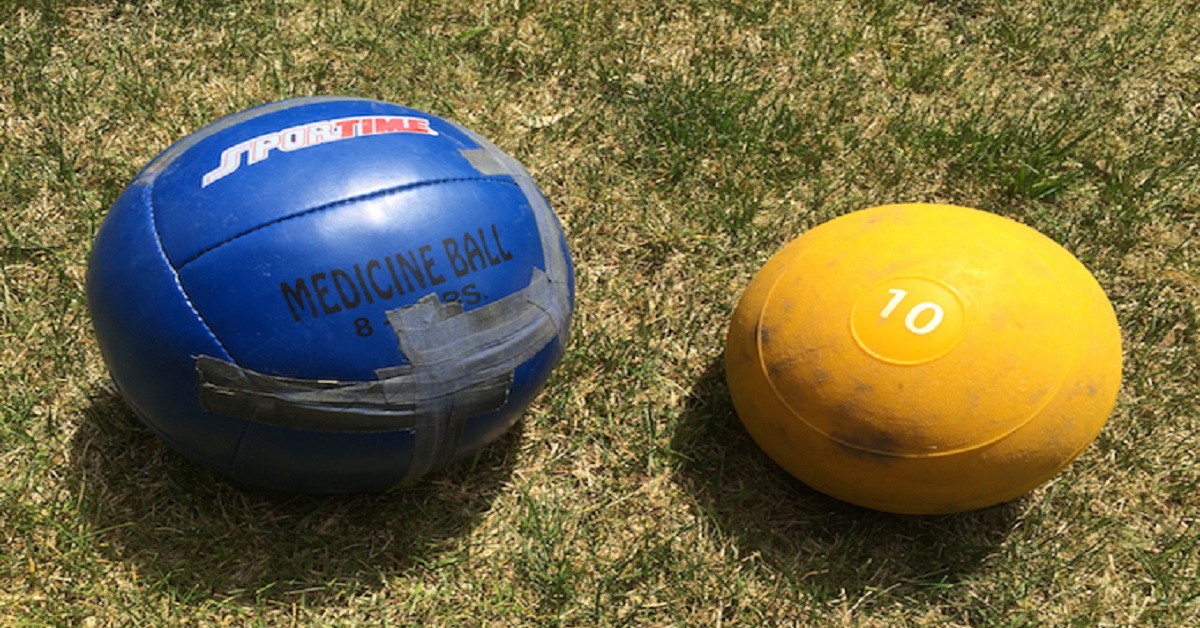 Every year from the beginning of May to the end of September, I do a medicine ball circuit outdoors at least once a week. It’s a great conditioning method that gets you in shape in no time. I’m telling you, if you want to sport six-pack abs, add this circuit to your regimen. It works much better than a treadmill, elliptical machine, or stationary cycle, and it gets you outside for some fresh air, vitamin D, and to connect with the earth.

Usually, my uncle will swing by my place at 6:00 a.m. on a Saturday morning and we make our way to a local soccer field. We start off with a dynamic warm-up and then get into the medicine ball circuit which involves the following 6 exercises:

This is how it works. I’ll kneel down and toss a 10-pound medicine ball to one side. Then I run after it, kneel down, and toss the ball to the other side. I keep going in this manner for 60 seconds. Once the time is up, my uncle does his set with an 8-pound medicine ball. We keep going back and forth in this fashion until all 6 exercises are completed, then we walk around the field once and start the process over again. We’ll do 3 sets of this before walking over to a nearby playground to do some chin-ups off the monkey bars. By 7:00 a.m. we’re done!

That’s the way it normally unfolds except for a couple days ago. You see, this past Saturday was cold. It was 3 degrees Celsius outside and there was frost on the ground. We started doing the circuit, but we could only get through it once. Keeping the body warm was not a problem. Keeping the hands warm was impossible! Everytime the medicine ball would hit the ground it would have a layer of frost on it. It was like grabbing a block of ice.

So we finished after one round before frostbite set in, but we didn’t call it a day just yet. Instead, we went to my home gym and did a barbell complex, and boy did that get the job done! I’ll tell you exactly what we did tomorrow.