Is the Current Treatment of Diabetes All Wrong? 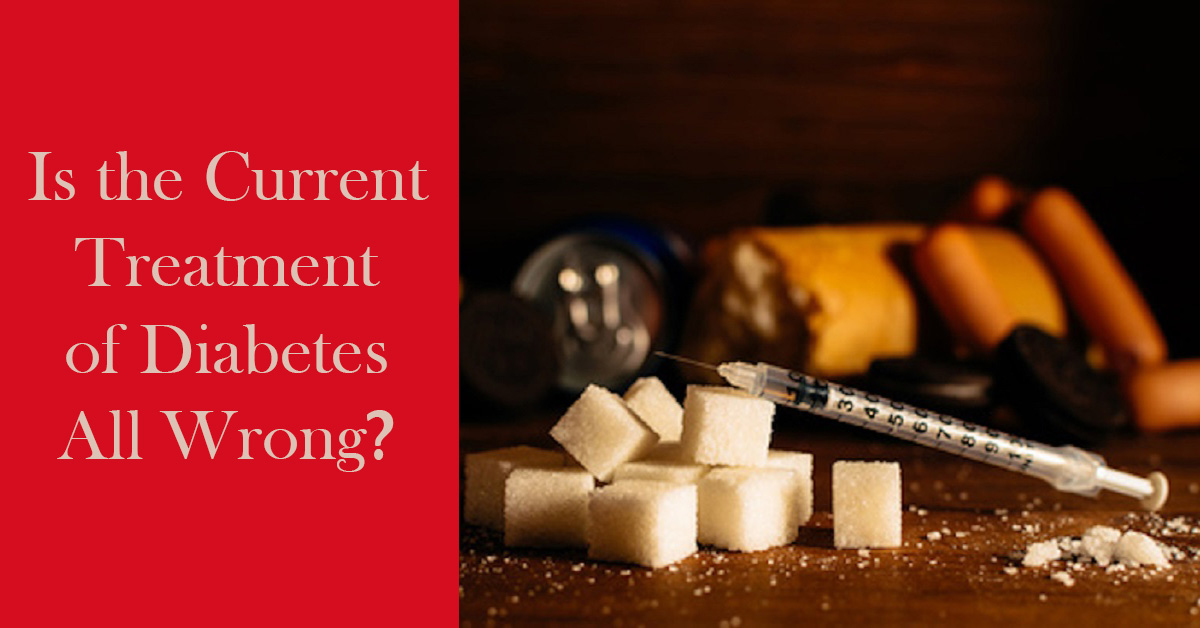 Curt Richter was a scientist well ahead of his time. He conducted fascinating studies back in the ’30s and ’40s to demonstrate that specific behaviors contribute to the maintenance of a constant internal environment, or what’s known as “homeostasis”. His research over seventy years ago could have a major impact on the management of diabetes today.

Read the passage below slowly and carefully. It comes from the book Curt Richter: A Life in the Laboratory written by research professor Jay Schulkin. Pay close attention to the observations that Richter made.

Richter noted that activity patterns were reduced in pancreas-damaged rats and inferred that this might be due to their insufficient capacity to use carbohydrates (Richter and Schmidt 1939, 1941). In several experiments, he and his colleagues ablated rats’ pancreases and then determined the long- and short-term choice patterns of the rats. The rats’ water intake was elevated by a number of dietary conditions. Richter made two sets of essential observations. One was that the rats avoided carbohydrates. Richter assumed that animals avoided what they could not use and what was health threatening. The elevated level of glucose in their plasma was part of the reason the rats drank more water and, Richter noted, was a result of their diet. The second important phenomenon Richter observed was enhanced oil ingestion by the rats. In further tests with varied diets, Richter and his colleagues expanded their findings of carbohydrate aversion and enhanced oil appetite in the pancreas-ablated rat (Richter, Schmidt, and Malone 1945).

Richter, Schmidt, and Malone (1945) described the case of Walter Fleischmann, an investigator and physician from Vienna who worked at the Harriet Lane Home for Invalid Children at Johns Hopkins Hospital. Fleischmann reported that, instead of using insulin, he kept his mild diabetes under control by ingesting lard. Fleischmann, interestingly, was also part of the original group that observed the young boy who ingested salt to compensate for adrenal insufficiency. It is quintessential Richter to make the connection between the adrenal-damaged child ingesting table salt and the use of lard or fat by a mild diabetic.

The message above extends beyond diabetes. Alzheimer’s Disease, often referred to as type 3 diabetes, is a neurological disorder that is growing at an alarming rate and it, too, may benefit from Richter’s seminal work.

Perhaps the management of mild (type 2 or 3) diabetes does not involve medication or a high-carb dietary approach that seems to be in vogue today. Sure, there may be autoimmune triggers, endocrine disrupters, pathogens, and a number of other complicated factors involved, but perhaps the initial treatment should be to reduce carb intake, increase fat intake, and exercise on a regular basis to improve insulin sensitivity, sort of like the primal approach that a group of Australian Aborigines used to cure their diabetes.

It seems reasonable to try that approach first to see if the disease can be controlled (and possibly conquered) before things get out of hand. Once diabetes gains steam, there may be no doctor or medication that can stop it. I’ve seen the devastation that diabetes can bring, and the conventional approach could do nothing about it.

I had a client who passed away from diabetes just over 15 years ago. I wanted to help him while there was still a chance, but he couldn’t take my advice. I’ll tell you why tomorrow.