How I Saved My Mother’s Life 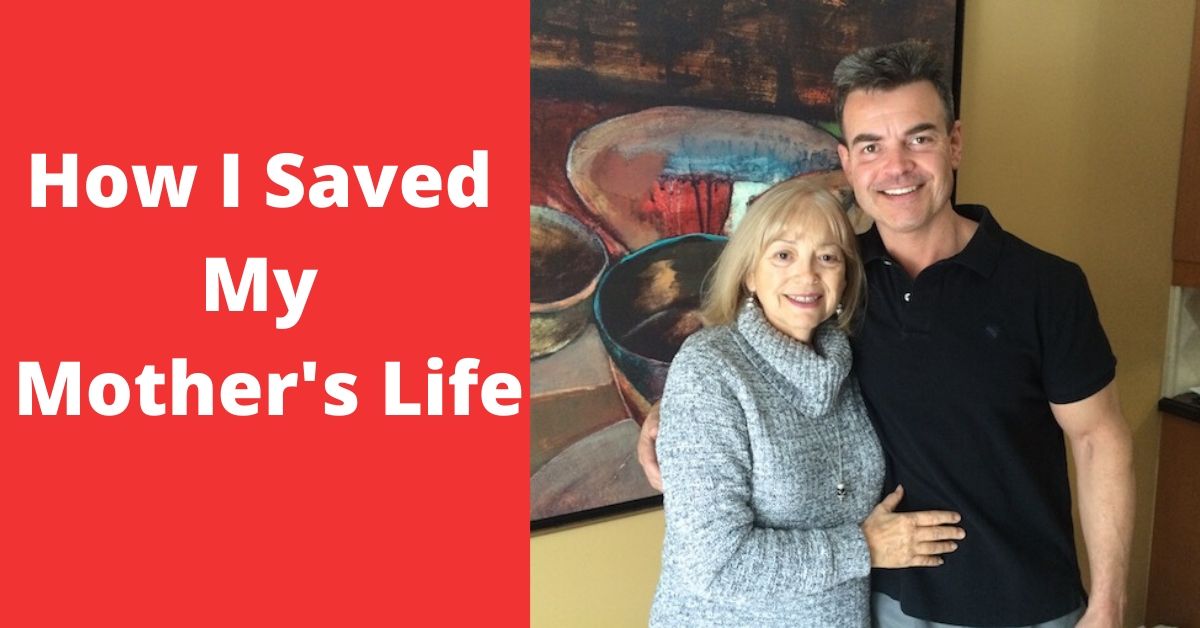 “Hi, is this John Paul Catanzaro?”

“I’m a lab technician at the Princess Margaret Hospital. We’ve analyzed your blood and you’re a suitable match for your mother’s bone marrow transplant. Do you give us permission to pass the results on to her physician?”

“Yes, of course. Can I ask what the procedure involves?”

“If you’re chosen, you’ll be given a drug four days in advance to increase your stem cell production. Your mother will undergo chemotherapy, essentially wiping out her immune cells to replace with yours. It will be a full-day procedure. They’ll take as much blood as necessary. Are you comfortable with that?”

“Okay, there’s no guarantee that you’ll be chosen. The doctor will make that decision, but we’ll pass the information on to him. If you have any questions, feel free to call us. Have a good day.”

I received that call just over a year ago. After seeing the title of this article, you’re probably thinking that I was chosen, we went through with the procedure, and it was a success. Right?

Not quite! Things unfolded in a very different manner. Let’s go back in time…

It all started about three years ago when my mother noticed a rash on her legs and her feet were swollen and painful, so she went to see a doctor. Of course, the doc gave her the typical advice, “Don’t walk… keep your feet up… use ice… blah, blah, blah,” and prescribed a cortisone cream to deal with the swelling.

The condition did not go away, so she was sent to a dermatologist who took a skin sample and determined that my mother had vasculitis (later diagnosed as “leukocytoclastic vasculitis”) which required a visit to a rheumatologist – two, in fact – the first one thought it was a tick, the second one placed her on prednisone and a cancer drug.

From there, she was sent to two more doctors, a vasculitis specialist, and a hematologist. They found that her hemoglobin was low and other blood markers were out of range. The diagnosis at the time was myeloproliferative neoplasms (NMPs).

She was then sent to see an oncologist at the Princess Margaret Hospital where she was given a number of tests and was prescribed two drugs – one to deal with her enlarged spleen and another to deal with potential kidney issues from the first drug.

On August 16, 2017, the oncologist told my mother that she had a form of blood cancer known as primary myelofibrosis. He said the survival rate is between 1½ to 5 years. A possible cure would be a bone marrow stem cell transplant, but it’s only 25% successful.

Still, 25% is better than nothing, so I was contacted along with my sister and my aunt (my mother’s younger sister) to see if we were suitable donors for the transplant. Both my sister and I tested compatible, but the team doctor decided that I was a better match.

I may have been a better match, but I didn’t like the odds. I felt there was a better way to conquer this beast and I had a secret weapon up my sleeve to do just that…

For well over a decade, I’ve been sending people to Dr. Fred Hui, an integrative physician who offers a unique blend of Eastern and Western medicine. Unlike most conventional doctors, Dr. Hui takes time with his patients to address the root cause of disease, not just the symptoms.

I took my mother to see Dr. Hui. He ran a bunch of tests and found several issues, but the key finding was that my mom was riddled with yeast and had a parasite infection. I’ll never forget what Dr. Hui said: “What they call cancer, I call an infection. If I can wipe out the infection, I may be able to wipe out the cancer.”

So we went on the attack!

I won’t get into the specifics in terms of treatment, but needless to say, it took time, effort, and lots of money to get the job done, but the job got done! Sure, it could have been a free ride if my mom took the conventional route the whole way, but as you’re about to discover, you often get what you pay for.

A Moment of Silence

Fast forward to Sunday, September 9, 2018. It was hot and humid all summer long but not on this day. The temperature plummeted big-time! It read 15 degrees Celsius in the car but felt more like 15 degrees Fahrenheit. It was freezing!

Just as it hit noon, my cell phone rang. It was my mother.

“Pretty good. We’re here at the baseball diamond. It’s John’s last game of the playoffs. They’re just about to start. What’s up?”

“Remember I told you about those two ladies that had the same cancer as me, the lady I used to work with and Lily’s friend?”

“Yeah, I remember you mentioning them. How are they doing?”

“Well, they had the bone marrow transplant earlier this year.”

After a long moment of silence, my mother responded: “John Paul, you saved my life.”

My father was diagnosed with colon cancer many years ago. He went the conventional route. He died.

I did not want my mother to have the same fate. So far, it looks like we made the right choice.

If you or a loved one have been diagnosed with a terminal illness and the odds are poor with conventional medicine, just know that there are alternative and complementary approaches that you can pursue. To get started, read The Thinking Person’s Guide to Perfect Health and visit acam.org to find an integrative medicine practitioner in your area.