Healthy Dinner Made In 20 Minutes 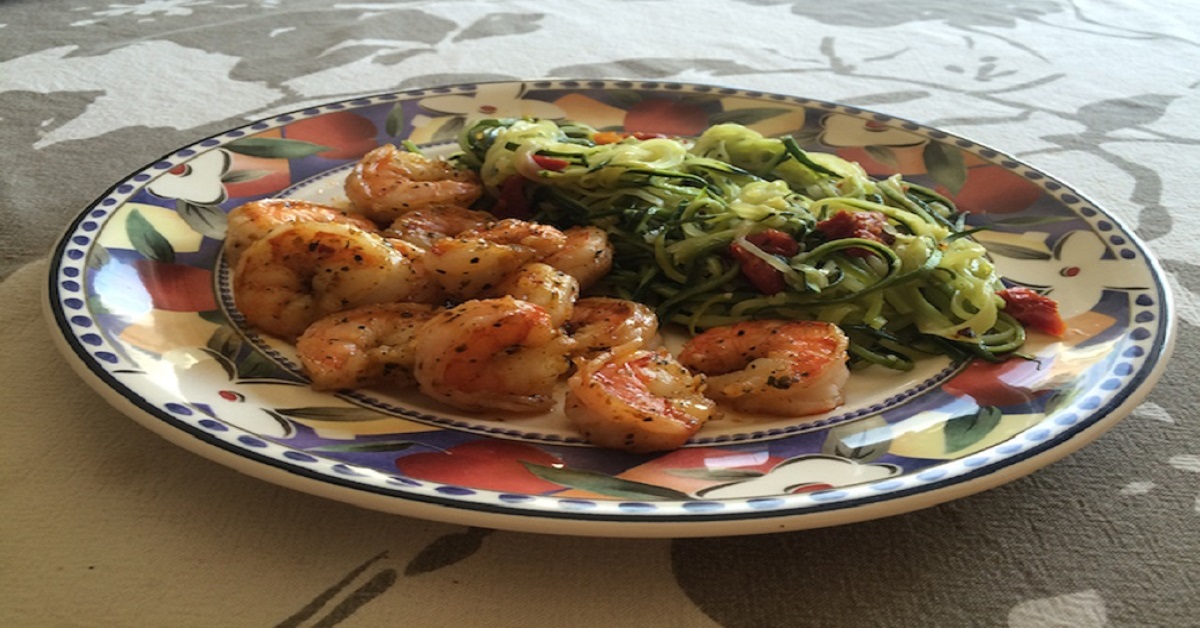 Summer is always a busy time with my family and mealtimes can be a little stressful. Making healthy and creative dinners on a daily basis that everyone will like can be a challenge!

I try to make a large amount of “favourite” foods to fill in the gap when the meal of choice is not so appealing to everyone. That was the case one night this past week. The kids were happy with leftover homemade chicken wings, stir fry rice and raw veggies. I decided to prepare another meal for John Paul and I. Normally I wouldn’t do this on a weeknight during the school year, but there’s more leeway in the summer and the meal only took me 20 minutes to make.

Here’s what I did…

I began by melting some butter and olive oil in a cast-iron skillet. Then I julienned zucchini right over the pan. I sautéed the zucchini and added salt, pepper and sliced sun-dried tomatoes and cooked for a few minutes.

While that was doing it’s thing, I melted butter and olive oil in a ceramic skillet and added the shrimp and Cajun spice, cooking in batches. Once the shrimp turned pink I removed it and place it in a covered ceramic dish.

Et voilà, la pièce de résistance! A healthy meal made in no time and it tasted great. Give it a try.