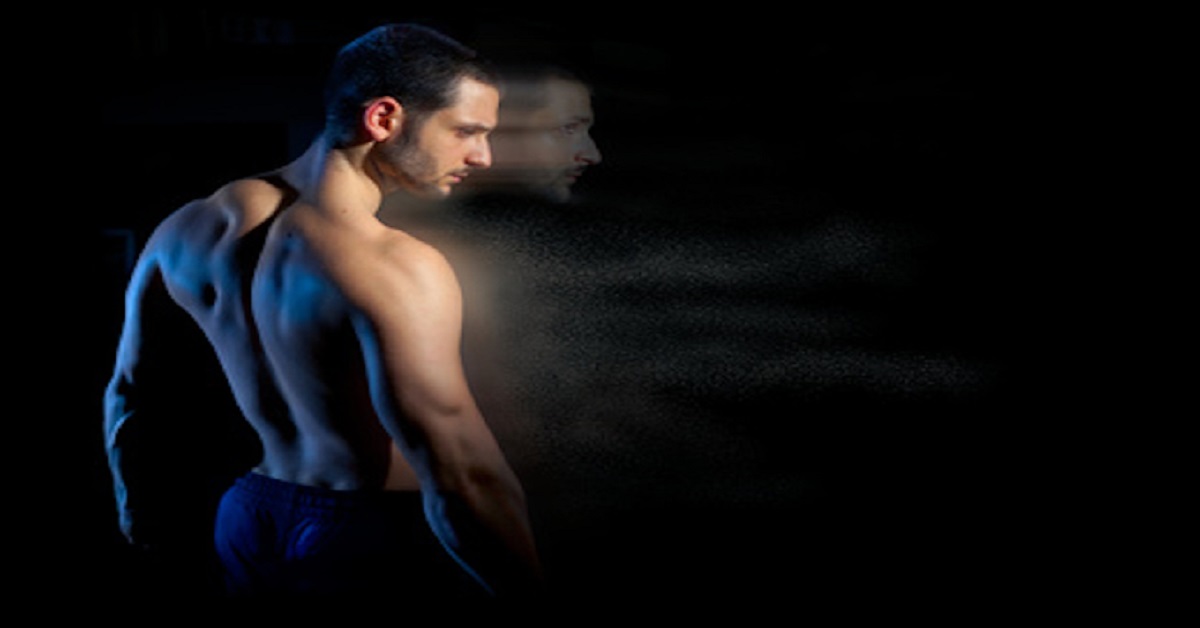 An Ounce of Prevention is Worth a Pound of Cure

The best way to deal with an injury is to prevent one from happening in the first place. Here are some suggestions to help keep you injury-free in the gym:

1. Proper planning between programs and within them. Staying on a program for too long and trying to force further adaptation once progress has stalled can invite injury. On the other end of the spectrum, changing programs too frequently can confuse the body and predispose you to injury. This is one of the knocks against CrossFit – the random WOD approach will, at best, lead to haphazard results, at worst, injury.

The same logic applies to performing your favorite exercises every program… you know, the ones you’re good at! Exercise variety is important to a certain extent. In fact, you should emphasize the moves you’re not so good at. Remember, a chain is only as strong as its weakest link. Work on your weaknesses and you’ll not only improve your performance, you’ll reduce the chance of injury.

2. Uncontrolled movement patterns, and reps that are performed either too fast or with too much weight. If you watch the average gym rat perform a set of 10 reps on the bench press, the bar is lifted in so many directions and trajectories: one rep touching the upper chest, another touching the upper abdomen, another touching midchest, and so on. To your nervous system, it’s more like doing 10 sets of 1 rep than vice versa.

And if we take into account Newton’s second law of motion, where force equals mass times acceleration, well going far too quick or using too much weight can place a high amount of force on the body and may result in injury. It can also place a high amount of force on training equipment and cause injury. I witnessed an example of this years ago at a commercial gym. A guy was doing lat pulldowns with the entire stack. He was swinging so violently to lift the weight that the cable eventually snapped and he learned his lesson in two ways: one from his head hitting the concrete floor behind him, and two from the lat bar smacking him in the face. The thing is, no one would have noticed if he hadn’t been screaming out so loud each rep. He wanted attention and he got it, but that little incident shut him up very quickly.

3. Proper placement of equipment and the lifter. Although common sense about safe lifting practices and environment should apply in every situation, it doesn’t always. There are all kinds of stories. Here are three that come to mind.

Play it smart. I’ve seen too many fingers being clipped from weights laying around. Clear the area, make sure it’s safe to lift, and don’t do anything stupid.

4. Muscular imbalances. Muscle balance between upper and lower hemispheres, front and back, and right and left sides of the body is important. How many guys do you see in the gym that have serious upper body development, but look like they’re walking on pogo sticks? Or the ones that work only the “mirror” muscles and forget those that they can’t see. Obviously, if you neglect certain muscles long enough, it throws the body out of whack and sets you up for injury.

There’s no doubt that many injuries are caused by muscular imbalances. Take the shoulder, for example, the most commonly injured joint from resistance training. It happens to be the most unstable joint in the human body, held together essentially by a small group of muscles known as the rotator cuff. Giving these particular muscles some attention is a step toward injury-proofing your shoulders, but how do most people do it? Whether for prehab or rehab, elastic resistance is often used. Due to the unnatural ascending resistance curve, this form of training may not be the best option and may lead to frequent shoulder re-injuries. Favor free weights instead.

5. Form and biomechanics. If a wide-stance squat or sumo-style deadlift is too wide, reduce the stance a bit. For many people, doing these movements edge-of-the-rack wide is a hip killer, but doing them semi-wide, like just a bit wider than shoulder width, causes no pain and leads to better results. There’s nothing in the rulebook that says you have to go a certain distance apart.

Pressing is another issue. Unless you truly wish to trash your shoulders over time, forget about doing a wide-grip bench press. In fact, even mid-grip is problematic for a lot of guys with many years under their belt, but close-grip is fine. If overhead pressing is an issue, use a closer grip on the bar and reposition your elbows slightly forward into the scapular plane. That helps quite a bit. If it still bothers you, go to a neutral grip, either with a bar, log or dumbbells, and the problem is often resolved. In fact, neutral-grip pressing in general is a much healthier approach for your shoulders.

6. Warm-up and stretching. Too many reps during a warm-up can predispose you to injury, and stretching does not reduce the incidence of injury and may, in fact, increase it.

Specific warm-ups provide practice sets where you can rehearse proper form and technique. Doing too many repetitions during a warm-up can decrease strength and performance since lactic acid significantly impairs the nervous system’s ability to recruit high-threshold motor units. And the rate of injury increases as well. Research indicates that pec tears from benching are linked to too many reps in a warm-up.

Simply perform the exercise that you wish to train, pyramid the load upwards until you reach your working weight, and keep the reps below 6. It’s better to do more sets at low repetitions than the opposite during a warm-up.

Now, stretching is another story altogether…

We all have asymmetries, but we should strive to achieve balance. It’s common sense that the chance of injury is greater if one side is tighter, but what you might not realize is that the flexible side is most likely to be injured! If a significant contralateral imbalance exists, perform a 2:1 ratio of stretching – start and end with the tight side.

One thing is for sure, don’t stretch your back first thing in the morning. In fact, you may want to avoid any physical activity right after rolling out of bed. Wait at least an hour upon awakening. That’s the critical period since your tissue is superhydrated at that point resulting in a significant loss of strength in the spine and the risk of injury is heightened.

And finally, there’s no scientific evidence to suggest that stretching will reduce injuries. Actually, that’s not entirely true. Australian researchers have reported that the average person would need to stretch for as long as 23 years to prevent 1 injury. It’s probably more efficient to get injured once every 23 years than to waste so much time stretching! Anyhow, I go into far more detail on these concepts in my warm-up and stretching video presentations.

7. Proper progressions. It’s not wise for an out-of-shape beginner to perform lunges before split squats or chin-ups before pulldowns. It’s wise, however, to build a base of strength in key movement patterns before moving on to higher endeavors. Make sure to crawl and walk first before you run, or you’re likely going to get injured.

8. Rigid parameters. You must be malleable with your training. Sure, intensity should be set and predetermined to a certain extent, but the volume (i.e., sets) will vary depending on the day and your level of recovery. Dropping a rep or two per set is permissible, but any more than that is not. Stop at that point from going any further with that exercise, or your body may force you to stop! In other words, if you plan to bench 5 sets of 5 reps with 315 pounds, and you get 5 reps out on the first 2 sets but you barely muster 2 reps on the 3rd set, stop there. Trying to attempt a 4th set is inviting trouble, even lowering the weight would be a mistake. Just move on to the next exercise. Now if you planned to perform 5×5 with 315 and you only got 2 or 3 out on your 1st set, pack up your stuff and leave the gym. You’re not ready to train that day. You need another day of recovery. Be mature enough to read your body in this manner and it will reward you with many good years of training.

9. Concentration. Always focus on the task at hand. You may not realize that the eyes direct the spine. It’s true. Now, consider the ramifications of that if you’re at the gym and an attractive lady walks by you while you’re squatting with a few hundred pounds on your back and you decide to look over. Do you see where you can get in trouble? And concentration is important not only for the trainee, but for the spotter(s) as well.

These are just some of the issues that come to mind, but there are many more.

Many Ways to Skin a Cat

There are so many rehabilitation modalities and therapies available to you, like frequency-specific microcurrent (FSM), low-level laser therapy, massage therapy, active release technique (ART), myofascial release, articular pumping, trigenics, muscle activation technique (MAT), functional integrated therapy (FIT), proprioceptive neuromuscular facilitation (PNF), active-isolated stretching (AIS), fascial stretch therapy (FST), electrostim acupuncture, and many more. The bottom line is that you must find what works well for you. What resonates best when your knee flares up, or your shoulders, or your back? I know I have my particular favorites.

Sometimes it’s not even a physical treatment that’s required. As they say, there are three certainties in life: death, taxes, and low back pain. Well, did you know that the #1 predictor for low back pain is depression? Instead of a physiotherapist, you may need a psychotherapist to start squatting again!

You know, we focus so much on the physical aspects of injury that the psychological and emotional aspects are often neglected. I can tell you from my experience that just before the biceps injury occurred, I felt untouchable. There was no fear in and out of the gym. I felt strong, and I filled those XL sleeves with no problem. That changed very quickly after the injury occurred. Obviously, my injured arm shrunk, but so did my uninjured arm and the rest of my body for that matter. I lost quite a bit of weight, and training was not the same anymore. It’s not fun when you’re walking on eggshells lifting weights thinking to yourself, “Is it going to go on this rep?” Being injured and out of commission is hard to accept. Being reinjured and out of commission again is simply unacceptable!

Let’s face it, it takes a while to get your confidence back after a serious injury. Muscle strength and size do return, but you’re not as cavalier as you used to be. You’re not so keen to lead a few Spartans into battle against a huge army; you’d rather play it safe and live to fight another day. A valid test that I learned from Dr. Siff to determine if an athlete is completely rehabilitated from a lower-body injury is to simply have them jump off a chair or desk (make sure the whole body absorbs the landing). If they hesitate, they’re not ready for battle yet.

Your mind plays a huge role in the process. You want a positive outcome? Think positive thoughts.

Injuries are part of life and we all have to deal with them at some point. When that time occurs, hopefully the methods I presented in this article series will help you heal like Wolverine.

Discover unique and novel strategies that aging athletes can use to prevent injuries in this 60-minute webinar. An ounce of prevention is worth a pound of cure! Consider this webinar as a small investment in time that may prevent a career-ending injury. A must-see for any athlete over the age of 27.