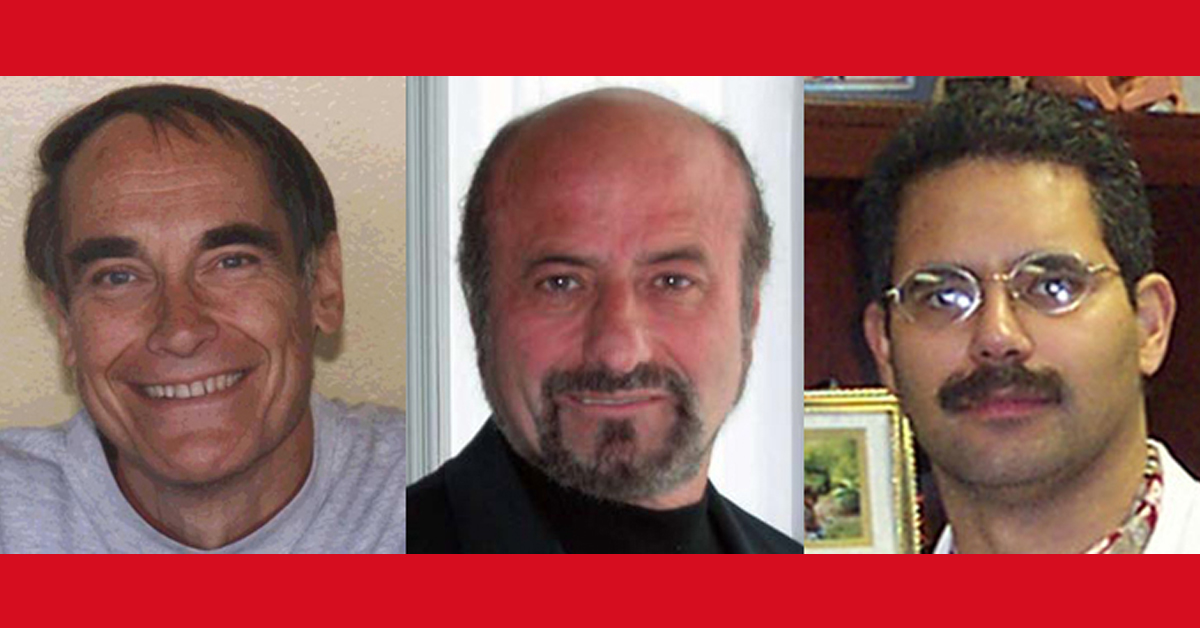 I’ve had the to spend time and learn from some of the best in the business. Three that come to mind are Drs. Mel Siff, Mauro Di Pasquale, and Eric Serrano. Not only have I learned a tremendous amount from these three individuals and consider them mentors, but I’ve also been fortunate enough to visit and chat with them at each of their homes. Here’s a bit of what I learned.

Back in 2000, I had a chance to spend some time with Dr. Mel Siff at his ranch in Colorado. He shared with me many secrets on advanced recovery techniques. In particular, he mentioned the powerful effect that contrast hydrotherapy methods have had on Russian and American lifters.

Believe me, the strategy does work quite well. After performing countless sets of Olympic lifts, I had the pleasure to experience Siff’s lovely contrast method with EliteFTS.com founder, Dave Tate. Picture Tate and I jumping from an 8-foot deep Jacuzzi where there were handle bars on the side to hold you up and the temperature was set at 110º F 62º F swimming pool where we did a few laps. Talk about contrast! And this was all done after midnight. Needless to say, we slept like babies that night!

Dr. Siff is no longer with us, but his methods live on. For example, today’s four-digit tempo prescription can be attributed to Dr. Siff.

The original concept of tempo, or speed of action, in strength training was introduced in the 1970s by Arthur Jones, the inventor of Nautilus and MedX machines. What started as a simple two-digit notation (i.e., the number of seconds up and the number of seconds down for each lift) was later popularized by strength and conditioning coaches, Charles Poliquin and Ian King, as a three-digit notation with the addition of an isometric component.

Toward the end of the 20th century, Dr. Siff suggested a further upgrade to four digits by adding one more isometric element, and that’s where we stand today. You can read more about this topic on page 43 of The Elite Trainer.

Without a doubt, Dr. Mauro Di Pasquale is a thought-leader, well ahead of his time – the ketogenic diet that he talked about decades ago is a great example.

I’ve consulted with Dr. Di Pasquale many times over the years and have had the pleasure to visit him at his massive home in Cobourg, Ontario. This man knows his stuff, so when he talks, I listen and so should you!

The more we know, as more research surfaces, the more we can apply to our training, nutrition, and supplementation. As a result, Dr. Di Pasquale is constantly reformulating and upgrading his supplements to keep up with the latest findings.

Every individual and every circumstance is different. For instance, estrogen may help one individual grow muscle and lose fat, while in another individual it could be disastrous, as Dr. Di Pasquale points out. Carbs can have a similar effect – they can make you lean and muscular, or they can make you fat!

As one of the first authorities to talk about ketogenic diets, Dr. Di Pasquale admits that there’s plenty of confusion surrounding carbs. For instance, in the absence of carbs, you can still replenish glycogen post-workout. It’s true!

According to Dr. Di Pasquale, if no carbs are given post-exercise, the muscle will maintain a capacity to fully compensate or supercompensate glycogen stores until enough glucose (sugar) is available either through the diet or by gluconeogenesis. By keeping carbs low and protein high with amino acids, you can increase protein synthesis over a prolonged period and get a long-term anabolic effect.

You can read all about this on page 17 of Mass Explosion.

I’ve done three interviews with Dr. Serrano. All of them have been a hit, and they’re all over the internet – if you look, you’ll find them.

I’ve flown down with several clients over the years to have Dr. Serrano work his magic on them, and he’s always just a call, text, or email away when I need him.

Dr. Serrano moderates a very exclusive group of experts that brainstorm and share cutting-edge information on all sorts of topics. Serrano is a research junkie. He constantly sends me interesting research papers. Quite frankly, I just can’t keep up with him! Now, to truly understand Eric, you need an interpreter, an encryption specialist, and a PhD… but that’s another story altogether!

Although Dr. Serrano is a world-renowned expert on sports nutrition, he knows a thing or two about training as well. For a 55-year-old physician, he has some strength! Let’s put it this way, he can pull in the gym and then some. Check out this video of Dr. Serrano doing chin-ups with an additional 100 pounds hanging from a chin/dip belt:

Dr. Serrano has helped a countless number of individuals not only gain muscle size and strength, but also shed body fat. Here’s a Serrano tip that I share in Lean and Mean to help females shed fat from their hips and thighs:

Perform high-intensity interval training for 30 minutes, and then follow that up with 30 minutes of steady-state training at a low to moderate intensity. Pick any modality that involves the legs heavily, but don’t use a stationary cycle – it can lead to a sagging butt in some cases, e.g., use the sprint protocol mentioned earlier followed by 30 minutes of a brisk walk or light jog.

I’ve been fortunate to stand on the shoulders of three giants in the game – Drs. Mel Siff, Mauro Di Pasquale, and Eric Serrano. There’s no reason why you can’t do the same. Dr. Siff’s mega texts, Supertraining and Facts and Fallacies of Fitness, should be in every trainer’s library. Pick up every book written by Dr. Mauro Di Pasquale and make sure to sign up for his newsletter. Go and see Dr. Serrano live in action – his seminars are highly informative and entertaining. You get some real gems when he asks you to shut off all audio recordings for a moment! Dr. Serrano will be coming to Toronto in November for a 3-day course on functional medicine.