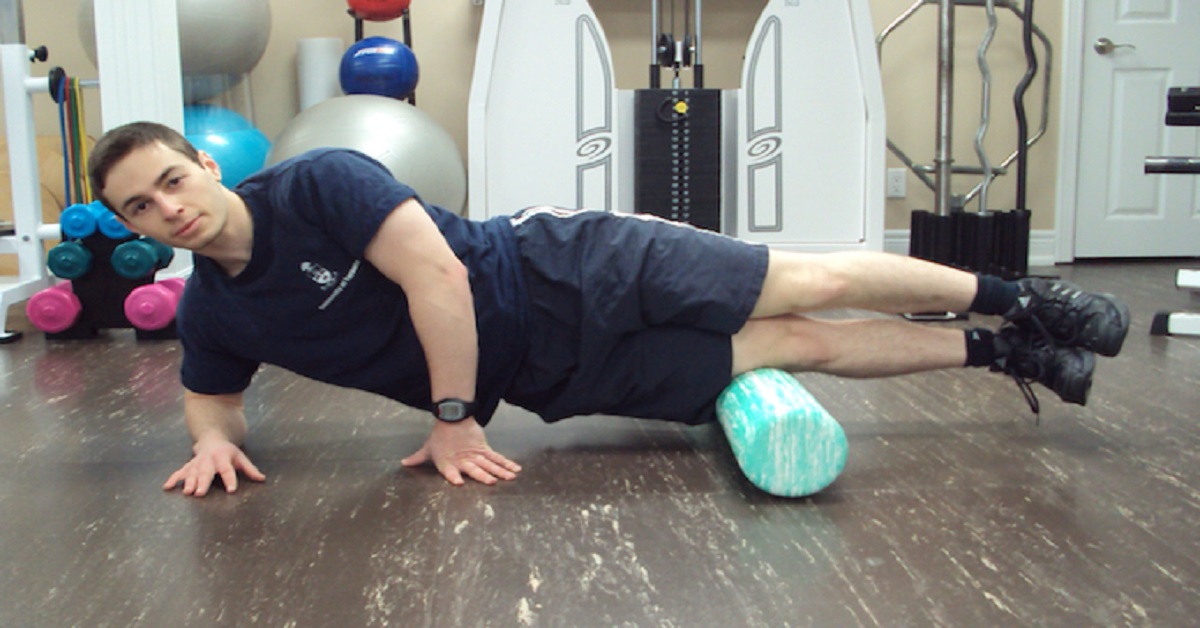 Foam rolling as a form of self-myofascial release has been reported to have a number of potentially valuable effects for both athletes and the general population. One of the proposed benefits of foam rolling before a workout is to decrease pain experienced during a workout. The irony, of course, is that foam rolling itself can be quite painful, at least initially.

Pain tolerance is certainly a factor when it comes to foam rolling. You don’t start rolling around the iliotibial band with both legs stacked. You start with one leg and progress to two over time as your tolerance increases (and some would say as your soft-tissue extensibility improves).

Most practitioners that use foam rolling pre-training to manipulate muscle tone suggest that you apply just enough pressure to relax the tissue without causing pain. That sounds like good advice, but the reality is that anyone new to foam rolling will feel pain especially if they’re rolling over a “trouble” spot.

Pain can inhibit muscle action and in some cases, that might not be a bad thing. It may help promote muscle balance around a joint if you first inihibit a short, tight, strong muscle and then immediately activate a long, flaccid, weak muscle on the opposite side of the joint. That’s a good way to adjust muscle tone for optimal performance with less risk of injury. In layman’s terms, you soften the “tight” tissue and tighten the “soft” tissue. Don’t just use the foam roller like a bomb to attack every muscle, use it like a sniper to target the right muscles only.

On the other hand, too much pressure and too much pain is not a good thing no matter how you look at it. This is one of the issues I have with deep tissue massage. If it leaves you black and blue the next day, you’ve caused too much trauma to the tissue and now you must contend with the subsequent inflammation. You’ve likely caused more harm than good.

Think of the foam roller as just another tool in your toolbox. And just like any tool that serves its purpose for the time being, you can take things too far. If you use a sander to smooth out a section of wood, you don’t want to go too long or use it too often on that spot, or you may have nothing left to sand! Sometimes a sander may not be the best tool to use, just a few strokes with a fine piece of sandpaper may be enough.

If you do decide that the foam roller is currently a good warm-up tool to use, it doesn’t mean that you should use it forever. It can run its course. Eventually, you’ll acheive your objective and foam rolling is not only unnecessary, but it may actually backfire and cause a drop in performance as well as an increased risk of injury. Usually in training we say, “If it hurts, don’t do it!” but with the foam roller, the opposite holds true, “If it doesn’t hurt, don’t do it!”

When you find that foam rolling is no longer painful, stop doing it before a workout. In my opinion, any positive effect is lost at that point and it may, in fact, be counterproductive. Go ahead and use it as a method of restoration away from your workout, but do it as a separate entity later at night, not before you train.

Many of the acute studies show a benefit from foam rolling, but these studies are rarely conducted long enough to see how the body adapts over time. The benefits of long-term use is questionable. Unfortunately, the literature on the chronic effects of self-myofascial release is conflicting (Beardsley & Škarabot, 2015). Like any restoration or training method, you need to determine what works well for you over the long-term. Don’t just do things blindly for the sake of doing them! And remember, what works well for you today may not work well for you tomorrow, so keep an open mind.

Take-Home Message: Go ahead and experiment with foam rolling during your warm-ups to see what type of effect it has on your performance. Once the pain of foam rolling diminshes after several weeks, you should diminish its use during training.