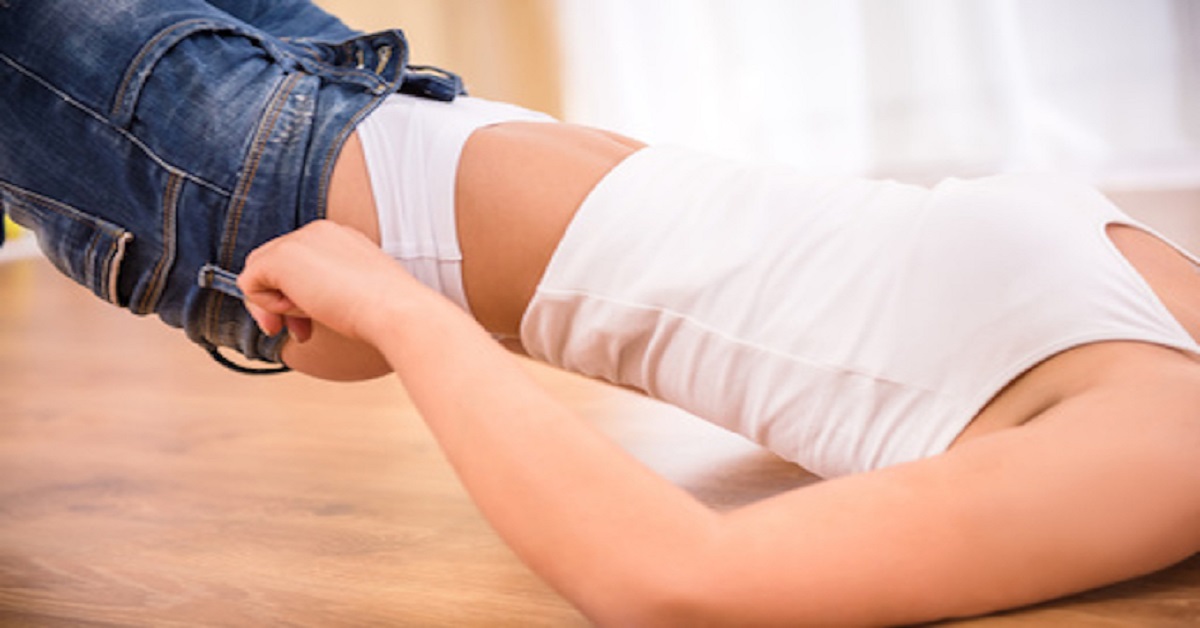 If there’s ever a time not to draw in the navel, it’s during exercise. In fact, this act should be abandoned altogether unless there’s a specific reason to do so (e.g., as a motor re-education method during injury rehabilitation). Drawing in the navel, or the act of “sucking in your gut as if you’re putting on a tight pair of jeans,” tends to detract the emphasis from the working muscles on most movements that you do in the gym and can lead to injury.

Yes, it’s necessary to keep the core tight during exercise, but overemphasis on the transversus abdominis (TVA), which is basically the internal girdle that keeps your organs from spilling out, can negatively affect performance on movements such as squats and deadlifts. The advice to activate the deep abdominal wall was well-intended, but unfortunately you can not extrapolate information from a pathological population (i.e., low back patients) and apply it to healthy individuals. It just doesn’t work that way!

There are several reasons why this practice can hinder performance in the weight room:

For one, it’s well-known that if you reduce (contract) a muscle, you thereby inhibit it. Take the leg curl, for example. Pointing the feet away (plantarflexion) throughout the movement causes you to use less weight but places greater stress on the hamstrings. As Croce et al., 2000 contend: “The reason for decreased knee flexor peak torque with the ankle fixed in plantarflexion is probably due to the gastrocnemius muscle being in a too shortened position, thereby preventing it from effectively producing force at the knee joint.” Full contraction of the TVA throughout any movement will have a similar “inhibitory” effect and instead of helping to stabilize the spine as it does naturally (along with other abdominal and torso muscles), you’re now forced to use less weight and the risk of injury increases.

The spine is not the only part of the body in jeopardy. In the program Controversy and Current Concepts of Pulling Exercises, Paul Chek warns that fixating the scapula during lat pulldowns or rows alters biomechanics and predisposes the lifter to shoulder problems such as impingement syndrome, capsular laxity, and tendonitis since the humerus is driven up into the acromion during the eccentric action if the scapula is not allowed to move. As Chek puts it: “Basically, this is a misuse of an isolation technique. You must integrate appropriately and in order to do so, all links have to move! By stopping one link in a system, you get an overflow into other links or joints.” Well, the same concept applies to abdominal hollowing. Even if the core survives, you’re flirting with trouble elsewhere.

Early in my career, I tried the abdominal hollowing approach with several clients. The report from most of them was that it felt uncomfortable, almost as if their lungs were being pushed out of their throat while descending in a squat or deadlift or pretty much during any movement. The body doesn’t lie. If something doesn’t feel right, don’t do it! Dr. Stuart McGill, a spinal biomechanist and professor at the University of Waterloo, points out that there’s a clear distinction between abdominal bracing and hollowing.

There appears to be some confusion in the broad interpretation of the literature regarding the issue of abdominal “hollowing” and “bracing”. Richardson’s group has evaluated hollowing – observing that the “drawing in” of the abdominal wall recruits TVA. Given that TVA has been noted to have impaired recruitment following injury (Hodges and Richardson, 1996), Richardson’s group developed a therapy program designed to re-educate the motor system to activate TVA in a normal way in low back pain patients. Hollowing was developed as a motor re-education exercise and not necessarily as a technique to be recommended to patients who require enhanced stability for performance of the activities of daily living, which has perhaps been misinterpreted by some clinical practitioners. Rather, abdominal bracing, that activates the three layers of the abdominal wall (external oblique, internal oblique, TVA), with no “drawing in” is much more effective at enhancing spine stability. (McGill, 2001)

In summary, he recommends that you “brace” the abdominals as if you’re about to accept a punch, but don’t suck them in if you want spinal stability. And guess what? After adopting this method, there were no more complaints from clients and their performance started to improve.

Furthermore, I recall Olympic strength and conditioning coach Charles Poliquin once commenting on this practice. He said: “Why rob the neural drive from the extensor chain by drawing in the navel during squats or deadlifts?” Bottom line, it makes you less stable so why do it? The analogy I like to give is that of chopping down a tree. Visualize the side profile of someone sucking in their gut. Now, where will that tree fall?

Louie Simmons and Dave Tate, two guys renowned for producing world-caliber strength athletes, have stated numerous times that if you want to increase core stability, do the opposite: push out your gut! Low back specialist John Casler admits that the abdominals themselves cannot push out; they can only be pushed out by the forces of intra-abdominal pressure (IAP). “If you don’t believe me just go stand in front of a mirror and force all the air out of your lungs and try to push your abs out,” says Casler. “Won’t happen! What Louie or Dave are describing is the creation of IAP that will push the tensioned abs out. This creates a very rigid torso.” It’s quite interesting, too, that kids naturally push their tummies out when lifting an object from the ground.

Despite all the evidence against it, there are coaches and personal trainers who continue to endorse abdominal hollowing on practically every movement. Unfortunately, when you’re in too deep, it’s hard to get out! Jon Barron in his book Lessons From The Miracle Doctors made a similar argument about the continued support of mercury amalgam fillings by the American Dental Association (ADA): “If you’re in for an inch, you’re in for a mile. What would the legal ramifications be if the ADA suddenly announced that they, and all the dentists connected with them, had been wrong for well over 100 years and had been slowly poisoning all Americans? Can you spell tobacco?”

The decision is yours.

Tomorrow we’ll discuss why you don’t want the core to be “soft” while lifting and how to breathe during strength training for maximum safety and performance.