Chin-Ups: Before and After Eccentric Training 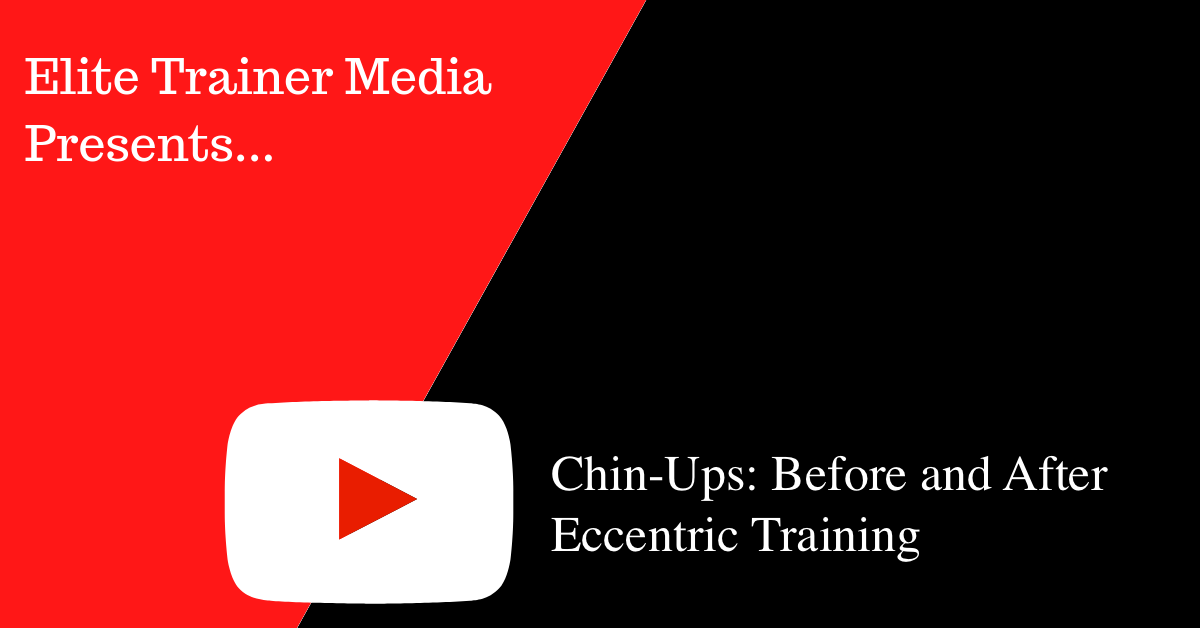 That’s 15-year-old Joseph struggling with chin-ups in the first part of the video. The second part shows the results of 5 sessions of eccentric training.

How did we improve his performance?

First take a look at his program:

The first session was bodyweight only for chin-ups. Joseph would step on a bench to get to the top position, release his feet, and then take a full 8 seconds down in a slow, controlled and fluid manner until his arms were fully extended. Then he would step up and do the second rep in the exact same manner. Five sets were done like this.

The next session, Joseph did the exact same protocol but with a 5-pound plate hanging from his waist on a chin/dip belt. He was successful on all 5 sets, so the next workout we added another 5 pounds, and we continued to add 5 pounds each session until he reached 20 pounds on the fifth workout.

The sixth workout we tested his strength by doing full-range reps without the aid of a bench. He went from one chin-up to six in pretty good form. Now, we’re back to doing only 2 reps again concentrating on a slow 8-second eccentric but without using the bench, and we’ll slowly climb up in load from here.

To learn more about eccentric training and how to improve your chin-up performance, check out How to Achieve 20 Chin-Ups. You can use a similar strategy on parallel-bar dips as well.