Carbs, Caffeine, and Training: A New Approach for Muscle Growth 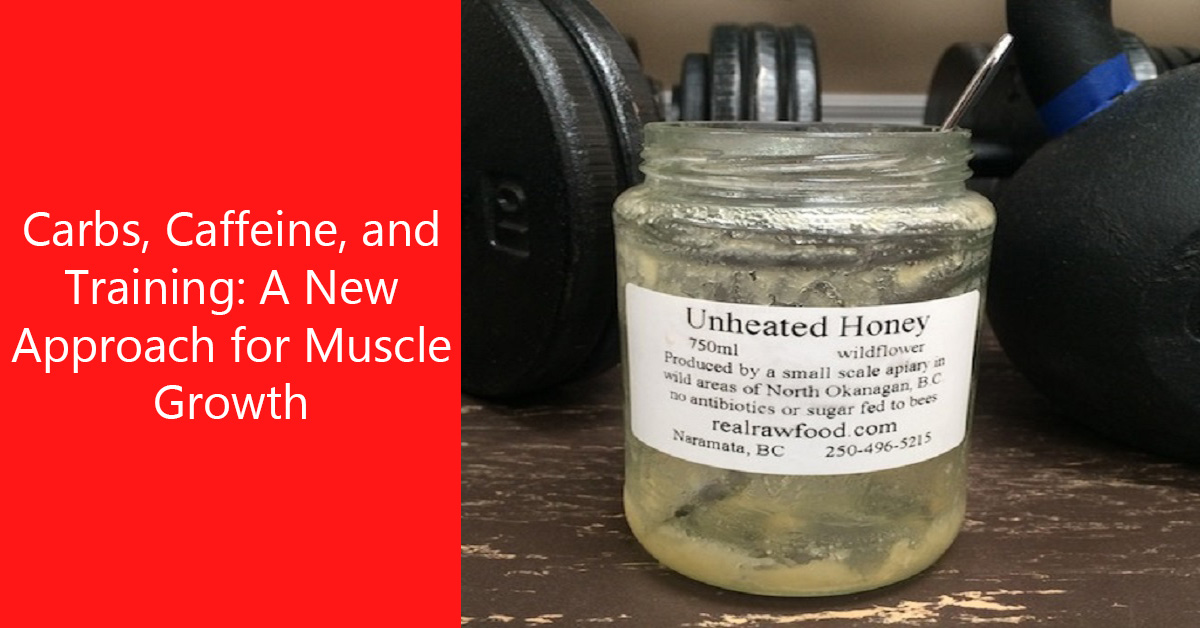 Constant learning and experimentation are what I’m all about. I love to try out different methods that I pick up from various sources, and then tweak protocols to meet the needs of my clients. Here’s an approach that I’ve used recently for hypertrophy training that works quite well. It involves caffeine and certain carb sources around a workout, but in a manner that’s slightly different than the conventional approach.

Taking caffeine before a workout is a no-brainer. We don’t need science to tell us it works, but most people overdo it! There’s no need to overstimulate the system – in fact, that can be counterproductive. Try this instead: take half the dose you normally take before a workout and the other half immediately after a workout. In a minute, you’ll find out why caffeine post-workout can be beneficial.

If you’re looking for a potent pre-workout energizer, look no further than honey. It’s a powerful weapon that can give you sustained energy throughout a workout if you take it right. The key is to use it sublingually – start with a tablespoon of raw honey under the tongue and just let it dissolve (you can even mix it with coffee grounds as your caffeine source). Do it right before your workout. It’ll get in your system quickly that way, but you won’t crash. I picked up this little tip from sports nutrition experts Eoin Lacey and Eric Serrano at a recent conference. It works like a charm!

Branched-chain amino acids have a slew of ergogenic, anabolic, and anti-catabolic effects. We won’t get into them all, just know that they work, but you need to take a sufficient amount. How much? Well, according to “Strength Sensei” Charles Poliquin, you need to take at least 20 grams during a workout or don’t bother (40 grams is best). Spread the dose evenly between sets.

I prefer that people take their branched-chain amino acids in capsule form rather than a powder that’s loaded with artificial sweeteners. And make sure to down those capsules with one of the best “natural” electrolyte drinks available – coconut water. It’s absolutely loaded with electrolytes to deal with depleted minerals and potential cramping, contains natural sugar to deal with depleted glycogen from the high-volume of training, has an alkalizing effect to help you deal with all the (lactic) acid that’s produced during a workout, and as far as I’m concerned, it’s better than some of the alternatives like Gatorade, Powerade, or pickle juice!

The quicker you replenish glycogen after a workout, the quicker you recover. That’s especially important when you’re training two or three times a day. Getting a blend of carbs in the form of glucose and fructose right after training is crucial, but again, don’t overdo it! Mix a scoop of highly-branched cyclic dextrin with a quarter teaspoon of sodium bicarbonate in a glass of orange juice. Take it with the half dose of caffeine that you saved from your pre-workout stack. The caffeine will speed up the delivery of the nutrients into your system.

You know how hard workouts can trash you (especially leg day), but taking caffeine with this little cocktail will make you feel good, almost euphoric! I picked up the concept from Stan “The Rhino” Efferding who picked it up from MMA nutrition expert George Lockhart. It works! Give it a shot.

P.S. If you could take a short 10- to 20-minute nap right after this and then eat a solid meal about an hour later, that would be the best muscle-building scenario.