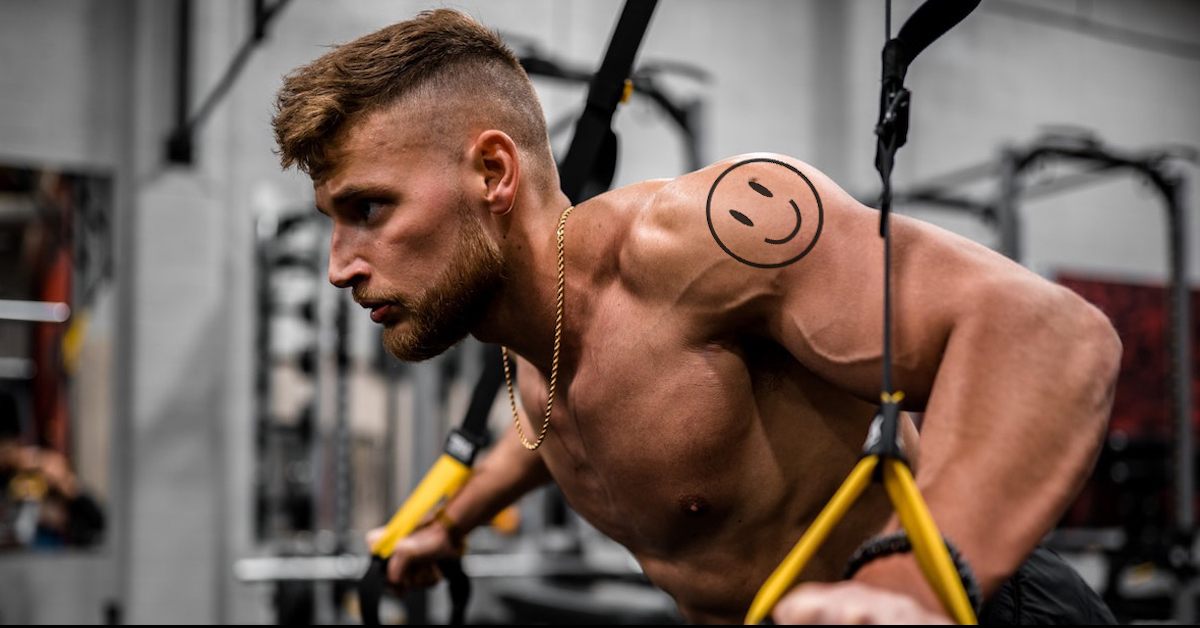 You’re only as strong as your weakest link. By now, you must be sick of hearing that phrase!

We all know that the big prime movers are at the mercy of the small stabilizer muscles. Sure, prioritize the compound, multi-joint movements like squats, deadlifts, presses, chin-ups, and rows that typically make up the “A” series of exercises, and then work on the upper arm/leg assistance exercises that make up the “B” series, but don’t neglect the “C” series of exercises typically for the lower arm/leg, core, and shoulders. These body parts tend to be the “weak links” so if you’re truly interested in improving your performance and reducing your chance of getting injured in the gym, give them some attention.

The most common injuries in weight lifting involve the shoulders, knees, and lower back. In this article, we’ll focus on the muscular imbalances that occur around the shoulder joint that can compromise performance and lead to injury. We’ve already looked at the discrepancy between shoulder internal and external rotation in Periodization of Shoulder External Rotation. Two other areas to focus on are the posterior deltoids and the mid and lower trapezius.

As mentioned in Lateral Thinking for Wide Shoulders, bodybuilders have front delts that are on average 5 times bigger than sedentary people. Their lateral delts are 3 times bigger, but their rear delts are only 10-15% bigger! That’s a serious imbalance that leads to supraspinatus tendon abnormalities and becomes a source of shoulder pain.

As far as mid and lower trap strength is concerned, I’ll never forget the time at a SWIS Symposium where Dr. David Leaf picked the biggest bodybuilder in the crowd to come up to the stage for some muscle testing. The bodybuilder’s lower trap was so weak, Dr. Leaf used only his pinky for resistance and the guy could not keep his arm up. In fact, Dr. Leaf joked that all he had to do was blow on the arm and it would collapse! And the mid trap muscle test was just as bad.

Doing a bent-over lateral raise with a cable maintains tension throughout the entire movement. With a dumbbell, however, maximum overload on the posterior deltoid occurs in the top (contracted) position. You can maximize the overload in the bottom (stretched) position by doing a side-lying dumbbell rear delt raise (also known as a Powell raise).

It’s a good idea to vary the position of maximum overload as well as the angle of the body to target different muscle fibers for more balanced strength and development of the posterior deltoid.

The lower trap raise (also known as a Y raise or trap 3 raise) is an easy exercise to get wrong and a tough one to do right. Don’t go heavy!

Start by retracting your scapula (i.e., squeeze the shoulder blades in toward each other), then raise your arms up at a 45-degree angle. Keep the elbows locked and externally rotate the arms slightly (thumbs out) as you lift the weights, pause in the top position, and then control the weights back down to the start position.

The key to working the lower traps as you raise your arms is to resist the elevation of the scapula.

The cobra is a combination of scapular retraction, external rotation, and depression. This exercise will improve your posture in no time, but don’t expect to use much weight. In fact, the prone version is done with no weight and held for a longer time in the contracted position (usually 5-10 seconds).

I introduced the Cuban rotation 20 years ago in Strong and Healthy Shoulders. This is a hybrid movement that combines a row with an external rotation. You can then add one more element, a press, to the mix. Talk about killing two or three birds with one stone! It’s a great but humbling exercise that will help drive up your bench press and pull-up numbers.

Note: The original Cuban rotation/press done either seated or standing with a barbell or dumbbells is grouped separately with neck and upper trap training and used only when warranted. It is not part of this shoulder stabilization plan that emphasizes the mid and lower traps.

The exercises above go by many different names. It can get confusing! In fact, what I call a Cuban rotation, some call a cobra. Don’t worry about the name. Just understand the purpose of the exercise, which muscles it works, and how to perform it correctly.

You’ll see me demonstrating the retraction as a distinct element to commence many of the movements. This is done to emphasize setting of the scapula. Over time, you can smoothen the transition as you learn which muscles to turn on and which to turn off in the proper sequence (a concept known as intermuscular coordination).

These exercises are not meant for heavy weights. Do them right or don’t do them at all! If it means starting off with the pink dumbbells, then so be it.

Building a Stable Base

“You can’t shoot a cannon from a canoe!” That’s another saying that you may have heard in the past and it definitely applies to your shoulders because you need a stable base to push and pull from. In other words, you need strong shoulder stabilizers to allow the prime movers to do their job. Setting the scapula properly when lifting weights is crucial for maximum performance and will keep your shoulders healthy and happy for years to come.

Typically, shoulder stabilization exercises are placed in the “C” position of an upper-body workout utilizing an undulating “wave-like” periodization scheme as outlined here. Usually, one workout will have one of the above stabilization exercises and the other workout will have an external rotation, but sometimes greater volume, frequency, and priority are required if a significant weakness and/or injury exists: You can either pair or replace a primary movement (like a press, chin-up, pulldown, or row) with a remedial shoulder exercise if a significant weakness or injury exists, respectively.

Sure, all meatheads crave protein, but you need to eat your vegetables if you want to stay healthy! You know that “an ounce of prevention is worth a pound of cure” so don’t neglect the scapular stabilizers to keep your shoulders strong and happy for a lifetime of lifting.