A Leap of Faith or A Calculated One? 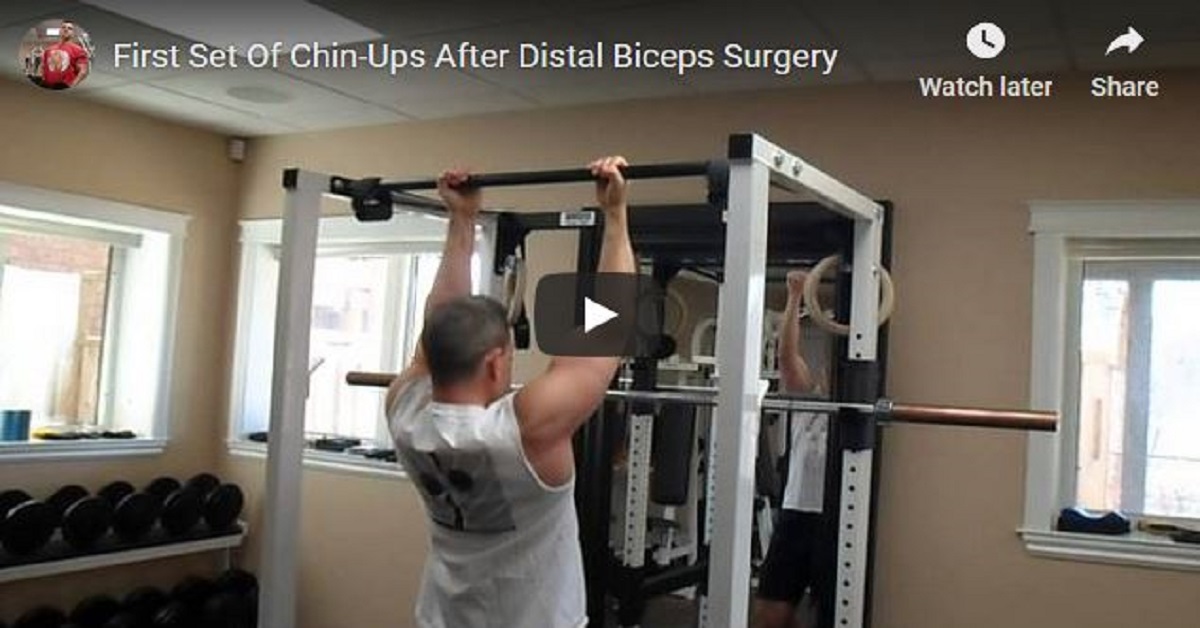 Before you read on, watch this video:

Now, you may be asking yourself what the big deal is? A few chin-ups, so what?

Well, those few chin-ups were a big deal to me. That was the first set of supinated-grip chins that I performed after my distal biceps surgery. Trust me, it’s been all I could think about since the surgery. In fact, one of the first questions I asked the surgeon was if I would be able to do them again. She said “YES” and that became my ultimate benchmark for complete recovery.

Of course, there were little accomplishments along the way, like cutting my meat, holding a full glass of water, curling dumbbells from the second rack, deadlifting with at least a couple plates on each side, carrying my kids to bed at night, and so on. But in the back of my mind, the true test would be if I could pull my body weight up to an overhead bar.

Don’t think for a second that I just grabbed that bar and hoped for the best. I took the appropriate steps to get there. Using the Kaizen principle, I slowly built up my strength and size. I went through a series of pulldowns and rows using various grips until I was able to graduate to (pronated-grip) pull-ups a few months ago. After going through several weeks of pull-ups and building up my strength and confidence with that exercise, I then moved on to neutral-grip chin-ups. Again, I went through the process for several weeks and when it was time, I was ready for chin-ups with a supinated grip.

As you know, the biceps brachii become more active during pull-ups and chin-ups when you go from a pronated grip to a neutral grip to a supinated grip. I had it all planned in advance. I just had to execute, and that I did.

No matter how daunting things may seem after a serious injury, if you put in the time and pay your dues, you’ll accomplish the task. Don’t listen to the naysayers that imply that things will never be the same as they were before the injury. Arm yourself as I did with planned progressions and positive thought. You’ll be back in no time.