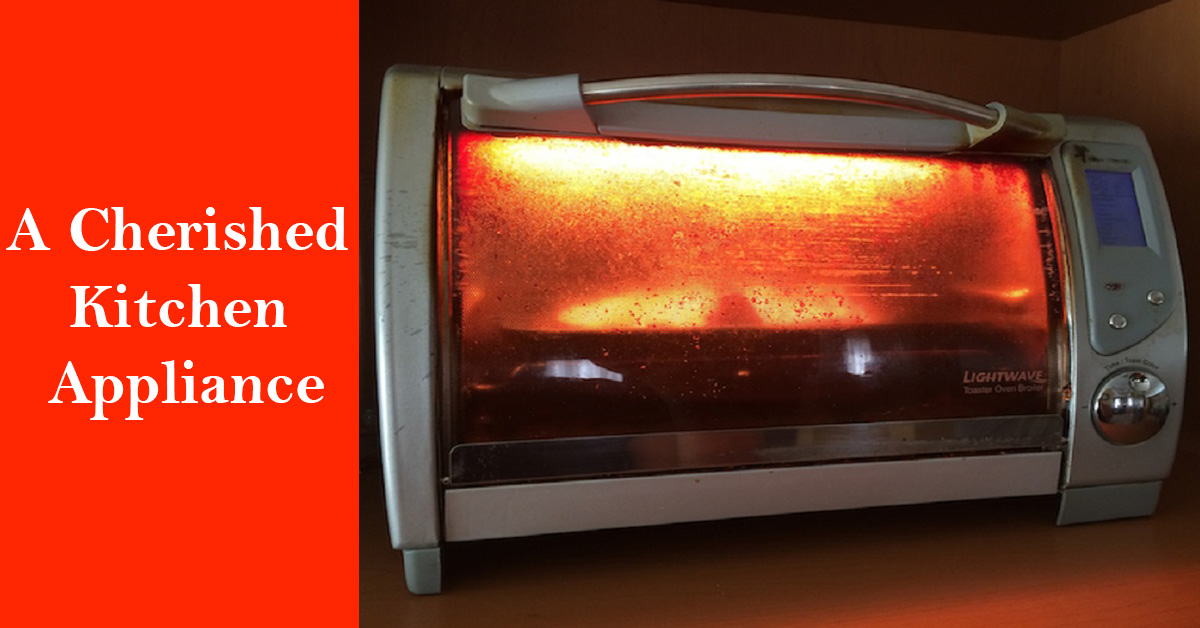 When we purchased our house, one of the selling features in the kitchen was a finished microwave shelf. It’s a nice feature to have, but we don’t use it for a microwave. Instead, we have a toaster oven in that spot and it’s been a cherished kitchen appliance since day one.

I won’t get into a long sermon as to why microwaves are harmful. Suffice it to say, if you shouldn’t stand too close to a microwave when it’s on, you could imagine what it must be doing to your food!

Now why am I such a fan of our toaster oven? Well first of all, it’s the only kitchen appliance that hasn’t broken down in the past ten years since we moved into the house. And that toaster oven is used multiple times a day.

Secondly, I’m a fan of leftovers and a great way to heat them up is with a toaster oven. In fact, I tell people to cook extra meat or fish for dinner and then leave it covered in CorningWare or Pyrex over night on the counter. It’s not necessary to put it in the fridge over one night. Believe me, it won’t go bad and you won’t get sick, especially if the food comes from a trusted source.

The advantage of leaving prepared food out over night is that you don’t need to warm it up as much the next day. Two or three minutes in a toaster oven will suffice. The less you have to heat up your leftovers, the more nutrition they’ll retain.

Furthermore, leaving leftovers out overnight may build a stronger immune system. In Thailand, for example, it’s not uncommon for food to be prepared in the morning and left out in a hot environment all day long until it’s consumed for dinner. It’s done routinely and yet you never hear of a serious outbreak or incident of food-borne illness. The people from Thailand are said to have a strong immune system and that may be due to a steady exposure of bacteria and pathogens from prepared food sitting out for hours on a regular basis.

Take-Home Message: A great option for breakfast is leftover dinner. Don’t be afraid to leave prepared food out on the counter over one night. Use a toaster oven to warm up your leftovers the next day. And if you own a microwave, get rid of it!