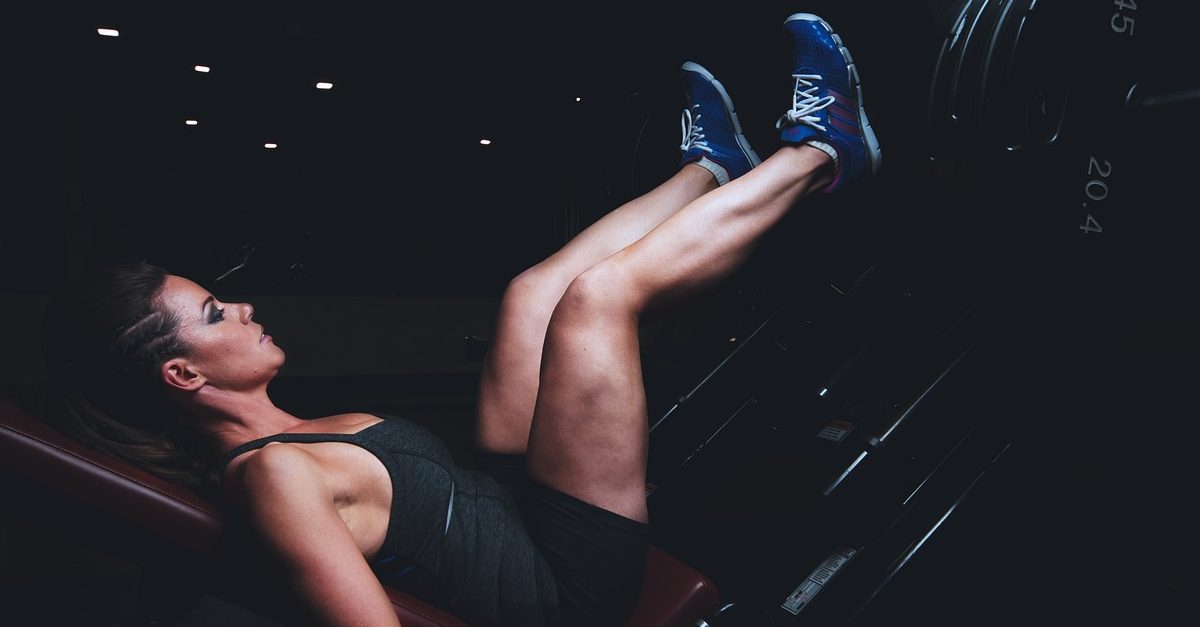 A few weeks ago I gave you a taste of 7 advanced exercise variations. Well, I’m back with 7 more that you can use immediately in the gym to boost your training progress. No time for foreplay. Let’s get straight to it.

It’s far more neurologically demanding to move your body around an object rather than vice versa. For one, greater core stability is required – most of the time you’re not sitting on a seat or lying on a bench. Of course, the other obvious factor is that a greater amount of bodyweight (BW) is being lifted. For these reasons, strength gained from a CKC movement will typically transfer to its OKC equivalent, but not vice versa.

Let’s look at an example. The average 200-pound male trainee that’s been at the weight game for awhile should easily be able to rep out on prone leg curls with 100+ pounds. Now ask that same guy to rep out on the Nordic hamstring curl with just his BW – and I mean full range of motion reps – and he’ll struggle. (By the way, most guys lift just over 50% of their BW on the Nordic exercise, and that’s assuming they make it at least halfway to the ground.) So the prone leg curl (the OKC movement) will not transfer to the Nordic hamstring curl (the CKC movement), but if you can increase your strength on the latter, it will improve the former. Got it?

A good way to get strong on the Nordic hamstring curl is to use accommodating assistance from a lat pulldown machine but done in a special manner. Here’s how it works. Kneel on the seat facing away from the machine, and secure the back of your ankles against the knee support. Instead of using the high cable for assistance though, use a resistance tube – secure it on the machine itself or thread it through the high pulley attachment ring (just make sure to put the pin through the heaviest plate). Now, perform the exercise as you normally would from the ground while holding on to the tube for dear life! As you descend further down into the movement and take on more of your BW, the tube will provide greater assistance. This converts a once almost-undoable exercise for many guys into a winner. Try it – you’ll welcome the hamstring soreness the following day!

By the way, if you have a SITFIT available, use that to kneel on. I find that it not only helps with comfort but facilitates weight shifting and prevents you from sliding down the seat.

The reverse hyperextension is a great movement for the posterior chain. To really heighten the effect, resistance bands can be used to provide a greater overload where you want it (i.e., with the hips extended) and less where you don’t want it (i.e., with the hips flexed). The beauty of using elastic resistance rather than just weight plates is that you can really accelerate during the concentric action while maintaining constant contact with the ankle pad and without fear of ending the lever arm into orbit! The bands will then return the favor by trying to “fling” you back to the start, which requires some braking action on your part. Thus, you get compensatory acceleration and compensatory deceleration each rep. Cool!

We know that a greater contribution of the supraspinatus is required during the first 15-30 degrees of humeral abduction (which is a technical way of saying “a lateral raise”), and medial deltoid activity peaks at 90-120 degrees. So how do we use this information to our advantage? Well, if you want to stress the supraspinatus fibers more (e.g., during rehab from a rotator cuff repair), then overload the bottom range of the movement. This can be accomplished with side-lying dumbbell laterals done against a Swiss ball, an incline bench, or simply lying on the floor.

If your goal is to build “barn door” wide shoulders, then go with lean-away dumbbell laterals or tube laterals where you overload the top range. Here’s yet another example of elastic resistance providing a greater overload where you want it. For fun, combine them with dumbbells and use a jettison technique where you release the tube once you reach failure and continue with just the dumbbells until there’s nothing left.

When most people hear the word “core,” they automatically think abdominals and nothing else. Only muscles that can be seen in the mirror count! And how to do most people go about training these muscles? With a countless number of sit-ups, crunches, knee-ins, and leg lifts. These dynamic movements may not be so friendly to other areas of your core though, like your lower back. Research shows that there is a more effective way to maximize abdominal activation while minimizing hip flexor activity. It’s called the side bridge exercise, and I have a special way of doing it…

A hybrid movement is when you combine two movements into one. For instance, by combining the side bridge exercise with either a rear deltoid raise, external rotation, or lateral raise, you can kill two birds with one stone (i.e., work the core and shoulder stabilizers at the same time).

The paradox with this hybrid movement is that it makes the exercise more challenging while making it easier. What do I mean by that? Well, many people struggle to keep their hips up and torso straight during the side bridge. I’ve found that if you add a shoulder movement like the ones mentioned above, it actually diverts one’s attention to complete a prescribed number of repetitions with the weight rather than try to hold the bridge for a prescribed length of time. In the end, you perform longer without realizing it! This is an example where using reps instead of TUT works better.

On the other hand, prescribing a rep number is not always beneficial. Take the wrist roller exercise, for example. I have people perform this on a high step to maximize the distance and we go for time – 60 seconds is a good number to achieve on this one. It doesn’t matter if you’ve accomplished 1 rep, 2 reps, 1½ reps, 3 reps, 2¼ reps, whatever, at the 60-second mark you’re done! Two more exercises where TUT prescription is useful are prone lateral ball rolls and lower Russian twists (aka “windshield wipers”). With these movements, before you even finish saying “two more,” the trainee has knocked off four, so it’s best to assign a time (e.g., 30 seconds).

The typical side-lying dumbbell external rotation overloads the middle of the range. If you use a resistance tube, it overloads the end range. Well, there’s a way to overload the start range. I learned it from shoulder specialist Dr. Dale Buchberger, and thus I coined it the “Buchberger External Rotation.” Simply lean back while performing a side-lying dumbbell external rotation. Now a greater overload occurs in the bottom (or start) of the range. By inserting this movement periodically into your training, it will promote even strength development throughout the entire range of motion.

Another way to accomplish that goal without the use of cables is with a movement I call the “Telle External Rotation.” Named after (you) Jerry Telle, an exercise scientist out of Colorado who is no stranger to longtime T-Nation readers. Think of the regular side-lying dumbbell external rotation, but instead of moving the weight around your body, you move your body around the weight! By keeping the forearm parallel to the ground and rolling your body forward and backward, maximum overload can be achieved at every point of the movement. Make sure to have a fire extinguisher nearby!

Ever since Anatomy Trains rolled out of the station, the fascia has received some serious accolades. Here’s an interesting “let’s stretch the fascia from toenail to fingernail in a spiral-based manner using cable resistance” movement. I picked it up from a York University colleague of mine, Yusuf Omar. Yusuf has worked with many elite athletes including Ben Johnson, and he happened to be one of the technical consultants of my book The Elite Trainer.

Basically, lay on the floor and cross your right leg over the left leg. Grab on to a low pulley D-handle with your right hand and perform one-arm cable flyes. Switch sides afterward. It’s a pretty wicked stretch near the bottom of the movement – a great way to “unwind,” so to speak.

You know, the reverse bench press is not mentioned often, and I must admit, I don’t prescribe it too frequently either, but it can be a great triceps exercise. The big knock against it: comfort! It’s not a “wrist-friendly” movement, let’s put it that way, especially under a heavy load. But there’s a way to transform this into a winner, it’s called the EZ-bar. Use it!